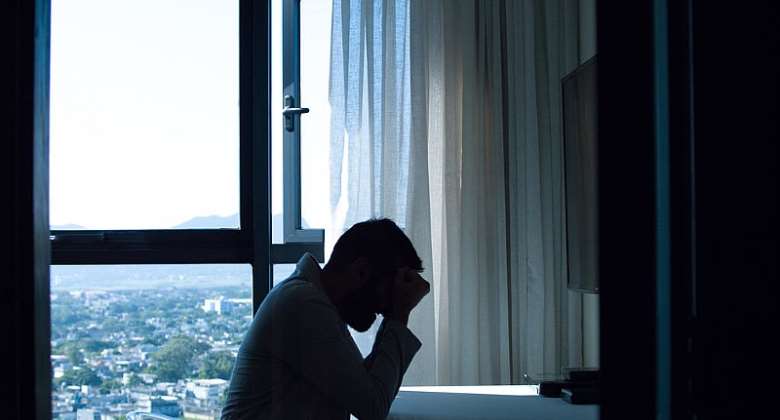 Patients with pre-existing mental health conditions are reacting diversely to the imposed lockdown. Three of them explain their feelings about confinement, while a psychiatrist offers analysis.

“The lockdown was made for me. What I fear is the exit,” says clinically depressed Stéphanie.

A former Accident and Emergency nurse, the 48-year-old hates leaving her 18-square-meter Parisian flat. She is surrounded by numerous books, a good many on the Shoah and World War II, along with an eclectic array of compulsively bought gadgets, all tastefully displayed in meticulous order.

“The lockdown, and its self-isolation, suit me perfectly. It is the life I've always wanted,” she told RFI.

“Before, my doctors and friends would urge me not to stay indoors and go out into the world. Now, I am told staying at home is good for me.

“They have no idea how hard it is for me to exist in the outside world.”

Doctor César Castagné, a Paris psychiatrist, explains that the current confinement, to contain the spread of coronavirus, has created a sort of level playing field since the outside world is finally aligned with the mentally confined existence of his patients.

“For once, mental health patients do not feel marginalised, the world is now experiencing what they know all too well,” he said to RFI. “They do not feel cut off from society anymore; they are both hurting.”

“I don't have to pretend to be doing something, going to the bank, doing this or that, you know what is considered to be useful,” says Raj, a 54-year-old bipolar musician, about life under lockdown. “Instead, I have been ordered to stay at home.”

Raj found that his creativity peaked during the weeks of imposed isolation. Modern technology enabled him to work on new compositions with other confined musicians.

“What started as informal jam sessions to share on social media during the lockdown, turned into tracks worthy of a future album,” the jazz guitarist told RFI.

Dr Castagné does not believe that it is the world which stems the creativity of artists: “They, at least some of them, feed on their own sufferings and fears to create. And this 'energy' is not subjected to the whims of the world; it's constantly there, as one source fuelling their art.”

The extraordinary circumstances the world is now going through is their ordinary lot.

Drowning in a sea of self-loathing

“This confinement has awoken my demons,” declares Nadia. “I'm oscillating between frantically plugging the holes of a sinking ship or drowning in hypnotical self-loathing.”

Nadia told RFI that her depression is like a cancer with periods of remission; a disease she is still learning to live with.

She was admitted to a psychiatric clinic eleven years ago after self-harming, but she believes she has been living with depression since she was 14 or 15 years old. She is now in her late forties and has had nine years of therapy.

“I now have a constant lump in my throat which feeds this feeling I have of being inadequate, of not having accomplished all the tasks I've assigned to myself, from menial tasks like sorting papers to more philosophical ones, like how or where I want to live my life,” Nadia says.

“Needless to say, I never get round to ticking them off the list. Or, if I do, it's not enough.”

Dr Castagné considers that deep anxieties which surface during this period of isolation indicate that they have not been properly resolved.

“The anguish which re-appears is a serious issue which needs to be dealt with. You cannot pretend to go back to normalcy once the lockdown is lifted,” he says. “It is like applying plaster on a bleeding wound.”

Stéphanie was admitted on five different occasions to psychiatric institutions, between 2008 and 2020. The first, in 2008, followed a suicide attempt. She tried to kill herself again in 2015 and then in 2017.

“I write a suicide note every week,” she reveals calmly.

Each clinical stay lasted between six and twelve months. Her doctors decided five years ago that she was not fit to work.

“I became a nurse because I wanted to be useful. I was a nurse in the emergency ward, then in cardiology and dialysis wards.

“Not working is so tough. Especially now as I cannot participate in the war effort against Covid-19.”

She says the pills make her sleep a lot, cause physical tremors and affect her memory.

“I feel guilty because I am different from others,” she murmurs. “I am sick, but you can't see my illness.”

It saddens her that her friends did not visit her when she was in the psychiatric clinic but were at the hospital bedside of another friend who underwent a minor fibroma procedure.

Putting on a mask

Raj is very careful about hiding it when things go bad.

“I do not want to be in a position where I have to explain why I'm not well. It creates more anxiety,” he declares.

For the bipolar Raj, a bad day means being buried in an “abyss of despair”. A good day means everything is fine without a single dark cloud.

These days he finds himself drinking every day and more than usual. This, compounded with no work as a performing musician – hence, no revenues – are stifling him with anxiety.

Nadia admits that she too never speaks about her depression.

“It would be admitting to a vulnerability which I am not prepared to share,” she says.

Her work in communications involves a polished public persona with attention to clothes, make up, accessories.

Confinement has destroyed that aspect of her life.
“I can no longer see that version of myself reflected in the eyes of others. It brought some kind of validation,” she explains.

Nadia insists that her life is also filled with music and laughter, that she dances alone in her Parisian flat.

“It's just that with the lockdown and the world being shut off, it's difficult to keep the demons at bay,” she adds.

Stéphanie confides that she also plays a role when she is in the company of people, even if she is feeling "black on the inside”. A performance, she says, which drains her energy.

As a result of the lockdown, there are few patients coming to Dr Castagné's Parisian private practice. Some of them continue therapy over the phone while a large number have cancelled all appointments.

“Some of my patients cannot have, while confined with others, the privacy they need for a session,” he explains.

The psychiatrist is concerned about the damaging effects weeks of interrupted therapy may have on his patients.

“The lockdown has become a break where the disease is locked outside, only to be picked up after the exit.”

He thinks there will be a large number of people seeking psychiatric help once the confinement is lifted.

A month after France's nationwide lockdown began, Stéphanie started video conferencing with seven other patients and a nurse at the psychiatric clinic where she has been following regular outpatient treatment.

“It forces me to get out of bed early, shower and dress up four times a week,” she says. “It's good for me as it enables me get out of my cocoon and interact with people."

Nadia currently enjoys a more secluded life with her lovers unable to visit her.

“Sex is a diversion. Unfortunately, social distancing is making it a little bit difficult for it to happen and there's only so much phone sex can do for one's morale,” she admits.