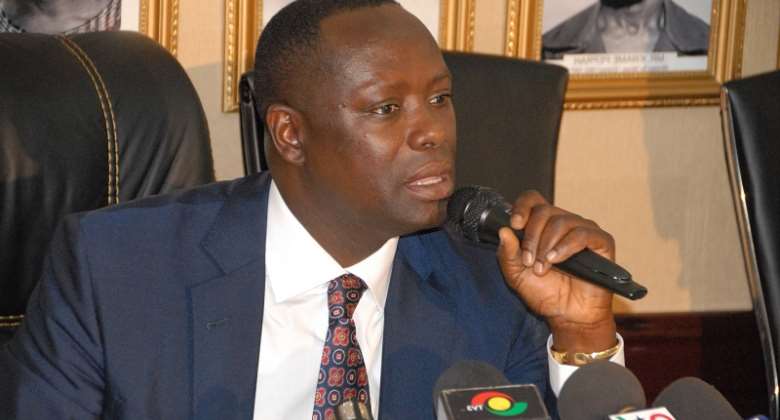 Former Energy Minister and MP for Ellembelle, Emmanuel Kofi Armah Buah wants freight forwarders at the country's ports to blame President Akufo-Addo and his government for the confusion at the ports regarding the implementation of the UNIPASS system for the clearing of goods.

Kofi Armah Buah says the introduction of the UNIPASS system was ill-timed and not the best.

Ghana's ports have been in disarray after UNIPASS took over from GCNet and West Blue Consulting.

The development has seen freight forwarders all over the country going up in arms over challenges with the clearance of their goods since the introduction of the UNIPASS system to Ghana's single window platform.

Speaking to Citi News, Kofi Armah Buah said GCNet should be allowed to continue to operate.

IMANI Africa, which has been also advocating for GCNet to be maintained at the ports has also blamed the government for the ensuing controversies.

Its president, Franklin Cudjoe said the Senior Minister, Yaw Osafo Maafo is responsible for the challenges regarding the clearing of goods at the ports.

Speaking on The Big Issue on Saturday, he said some orders and directives from the Senior Minister on how the systems should be run at the ports have led to the issues being faced by UNIPASS.

IMANI Africa had notably petitioned President Nana Akufo-Addo asking the government to temporarily suspend operations of UNIPASS and allow GCNet and West Blue to operate for the rest of 2020.

“So when orders and letters start coming from the Senior Minister, not the [Economic Management Team]… letters will be written suggesting that UNIPASS don't show up [for demonstrations].”

“I am just looking at the vested interest analysis side and saying the Senior Minister is running counter to the directives of the Vice President.”

A member of Parliament's Finance Committee, Isaac Adongo, also cautioned the Senior Minister to desist from forcing the UNIPASS system on the ports in the country.