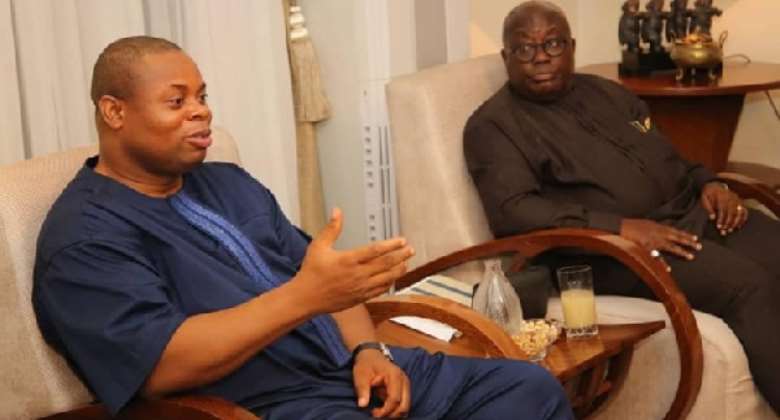 The Founder and President of IMANI Ghana, the purported think tank of Ghana, but not of acceptable international, standard, has shockingly bared his intellectual hollowness by a submission he has made. Is he the person that some Ghanaians adore and uphold as a policy think tank? I am sorry he has exhibited a deplorable level of mother of all ignorance that a ten year old Ghanaian born and living in the civilized Whiteman’s land will never dare do.

Ghana, like the rest of the worldwide countries is in a health crisis. It is being tormented by an outbreak of a deadly novel coronavirus (Covid-19) pandemic. The disease has been killing people at a rate unprecedented in modern history as has never been witnessed by most of the present generation. It demands much attention, resources and careful monitoring as well as constant consultation with medical experts and adherence to international advisory medical instructions to contain the spread of the disease.

Currently, there is no vaccine or drug to treat the patients of the disease. It therefore requires the attention and time of the president of every nation to meticulously formulate policies, periodically update the citizens through nation address on how things are going and the steps being taken by the president to make the citizens safe.

This is not the time for any reasonable president worth their salt to go on live Facebook to do politics where people will ask them questions and they will in turn give answers. Therefore, if this is all that the supposedly policy think tank, Franklin Cudjoe, expects His Excellency the President, Nana Addo Dankwa Akufo-Addo, to do, then I am afraid Franklin Cudjoe possesses the brain of a midget which makes him a laughing stock to come out to claim he is a think tank.

How can someone who cannot assess the circumstances of the time to prioritise policies claim to be a think tank? He may be a think tank according to the abhorrent “Ghana dee saa” measure but not per the knowledge of Rockson Adofo as interpreted by internationally acceptable standard.

Former President John Dramani Mahama does not bear any burden upon his shoulders and is not accountable to anyone should anything go wrong in Ghana as I speak. However, President Nana Akufo-Addo does. Subsequently, he is obliged to concentrate on ensuring the safety of Ghanaians as possibly as he can rather than spending his precious time to managing the economy and protecting the citizenry on live Facebook answering probably preposterous questions by people like Franklin Cudjoe and Kevin Ekow Baidoo Taylor and all their little-minded ilk.

Would Franklin Cudjoe do me the biggest favour by posing the following question to Mr John Dramani Mahama on his next Facebook live session? The question goes, who to you, Mr John Dramani Mahama, is the elected government official one in any nation, and to be precise, in Ghana? Let me ask another question, if you wouldn’t mind. Did you have anything to do with the Airbus transaction to purchase military aircrafts for the Ghana army and if yes, what role did you precisely play?

Franklin Cudjoe’s inability to tell the signs of the times and seasons and what should be done and when, makes him a misfit in the position he has personally appointed himself to. Therefore, he is unfit for me to spend my time on him until he proves himself otherwise. Nevertheless, he will read from me when the time is ripe to do political campaign after the problem with the deadly Covid-19 will have been mitigated somehow and the ban on public gathering has been lifted with all international borders opened for business as usual.

The content of the underlying web link as forwarded to my WhatsApp page/platform elicited this responsive publication.

Mahama has proven he has depth, it’s your turn – IMANI dares Akufo-Addo on Live Facebook Q&A

Founding President of policy think tank, IMANI, Franklin Cudjoe has dared President Akufo-Addo to also conduct a Facebook Live session with Questions and Answers from Ghanaians as that is the new “game”, MyNewsGh.com reports.

The IMANI boss, who was apparently impressed by the performance of opposition Leader John Mahama during his most recent Facebook Live session advised that President Akufo-Addo “for look sharp” in the next presidential address which he says must come with a question and answer opportunity as well.

According to Mr. Cudjoe, Mahama has shown “such depth” and did “pretty well” in the Questions and Answer session too, applauding John Mahama for taking advantage of digitization and Covid-19 to get all the online eyeballs.

“Charley, JM is trending oooo. He is doing pretty well in the Q&A too- such depth. Nana Addo, boss, the game is now LIVE interactions with a Q&A opportunity ooo. We for look sharp. Next presidential address for be live with Q&A too.” The IMANI boss tweeted.

Some Ghanaian influencers had criticized President Akufo-Addo for his recorded late-night addresses which was later rescheduled to 8pm following criticisms. It is still recorded and has no question and answer components.

Last Thursday, he held a session at 8:15pm where he promised a potential administration under him would look to expand training for doctors in particular at the University of Health and Allied Sciences and the University of Development Studies.

“We have the possibility and we have the plan, if we get elected, to look at the University of Health and Allied Sciences and expand the training of medical professionals in those institutions.”

He added that in the University of Development Studies, his administration would “expand the numbers of doctors that we are able to train in that institution.”