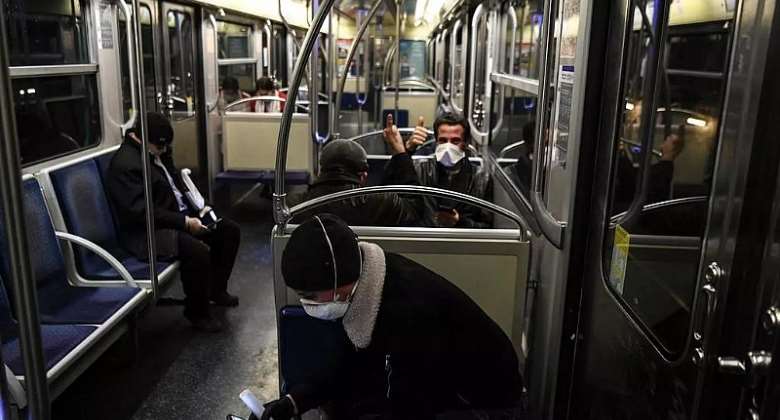 Valérie Pécresse, president of the Île-de-France region, has unveiled the main measures of her deconfinement plan in the weekly newspaper Le Journal du Dimanche. They are largely concerned with how to enable people to use public transport and travel to work.

Île-de-France is made up of eight departments and the regional capital is Paris. The departments include: Paris, Essonne, Hauts-de-Seine, Seine-Saint-Denis, Seine-et-Marne, Val-de-Marne, Val-d'Oise, Yvelines.

"I want to launch here an alarm signal and a call for general mobilization,” she said in the interview. Pécresse is president of the Regional Council of Ile-de-France and its transit authority. The measures aim to organise the deconfinement of transport, which will be, in her words, "an obstacle course".

"Its success will depend on several constraints, such as wearing the mask, cleaning and disinfection. But the biggest challenge - a colossal one - concerns the means to be implemented to respect the social distancing with the need to filter the inlets. I am asking for the assistance of law enforcement to achieve this. If the epidemic were to resume, we would risk reconfinement," she explained.

Masks and hydro-alcoholic gel
Because of the obligation to wear a mask on public transport, announced by Edouard Phillipe during his speech to the National Assembly last week, Valérie Pécresse says she is "able to distribute surgical masks for all travellers at station entrances during the first three weeks of deconfinement".

"In addition, Île-de-France Mobilités, which I chair, has ordered 2 million fabric masks that will be distributed to holders of a Navigo pass and will be available at ticket offices.

“Finally, all the sales outlets in the network, as well as the vending machines, will offer the surgical masks at the price set by Bercy at 95 cents," she said.

For passengers not wearing masks, Pécresse said she had asked "the government to impose the same 135 euros fine as there exists now for breaking confinement rules.

Social distancing and passenger flow
For the President of the Île-de-France region, respecting social distancing in public transport is an "immense" challenge. Nearly 5 million people use the services every day

A figure that must be reduced to "1.5 or 2 million" passengers, spread over the day and "on condition that we have a 100% offer, which will not be the case at the start," she said.

"A bus carrying 60 passengers will only be able to accommodate about 20. A metro with 700 seats, no more than 180. An RER A with 2,500 seats, only 800. To distribute the passengers, we asked the operators to mark the floor for standing passengers and to condemn every second seat," she said.

Finally, to avoid an influx of passengers, Valérie Pécresse stressed that "the entrances to each major station or station will have to be filtered", requiring "a reinforcement of 5000 security forces".

Pécresse also called on the people of Ile-de-France to "ration their use of public transport" to "limit it to those who have no other options". The use of teleworking is therefore strongly recommended.

"Together with the State, we propose that 100% of employees who are currently teleworking should not return to the office during the week of May 11. We want to move towards a target of 90% in the second week and then 80% by the summer," she added.

The president of the political party Soyons Libres also asked the State to make an employer's certificate compulsory for employees who use public transport.

"It will have to mention the authorised time slot. ...This certificate must be able to be checked so that those who do not have one can be turned away at the entrance to stations and resorts, and its absence will be punished by a fine of 135 euros," she said.