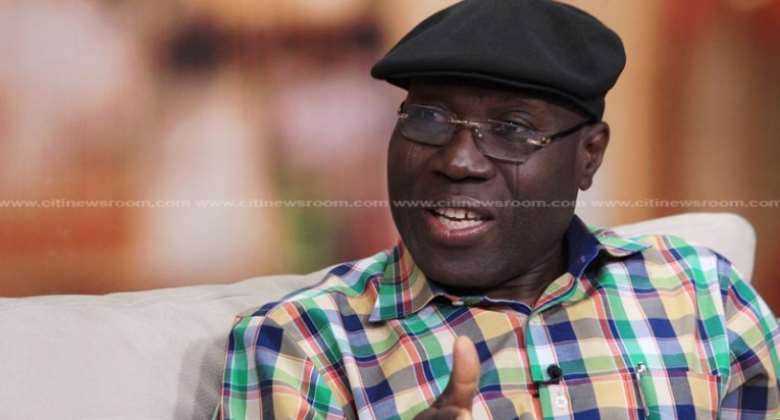 Member of Parliament for Tamale Central, Inusah Fuseini has waded into the debate saying that Government’s plan of constructing 88 new district and six regional hospitals within one year is a move smacks of a political gimmick.

He argued that the New Patriotic Party’s (NPP) administration has taken the health of Ghanaians for granted since assuming office.

“It is 88 [district] hospitals [and six regional hospitals] but to be honest it may sound nonsensical, that is why the people of Ghana are raising concerns. A lot of people are taken aback because Nana Akufo-Addo within the beginning of this year and the ending of the last year introduced loans to Parliament for the construction of hospitals. And after the fulfilment of the condition precedent, the projects were going to be completed within 24 months – that is not one year but two. So you have a president who reads Cabinet memo that said that the constriction of that hospitals will take a minimum of two years comes to make a promise that he will do them in one year if this not a political gimmick then I don’t know what is it,” he said on The Big Issue.

President Akufo-Addo who made the announcement said the standard 100 -bed facilities which will be in districts without hospitals will also have accommodation for staff for improved health care.

But many want the government to focus on completing abandoned hospital projects in the country instead of starting new ones.

For Mr. Inusah argued that the non-availability of any detailed plan on the project leaves room for serious concerns.

He added that the government would not have prioritized health infrastructure if Ghana had not recorded cases of the new coronavirus outbreak.

“The whole discussion of whether it will be feasible for the President to build 88 hospitals, six regional hospitals, and renovate the Effia Nkwanta Regional Hospital have all come into sharp focus because of COVID-19. So putting it in context, we must, first of all, extend some level of gratitude and acknowledgement but for the COVID-19 case, Nana Akufo-Addo the President will not have prioritized the health of the people in his administration. It had to take COVID-19 and a national broadcast for us to hear this. There was no plan to build 88 hospitals. The wealth of ta country is the health of the people. So every political actor or anybody who is put in charge of the administration and management of a country must take conscious efforts to invest in the health of its citizens because nothing happens if you have a sick population.”

Government is still in the process of finalising the cost of the facilities, according to the Health Minister, Kwaku Agyeman Manu.

The Africa Centre for Health Policy (ACeHP), for example, advised the government to complete abandoned health projects before constructing new ones.

But the Minister of Health, Kwaku Agyeman-Manu has debunked flatly, allegations that the healths projects started by the erstwhile John Mahama administration have been abandoned by the current government.