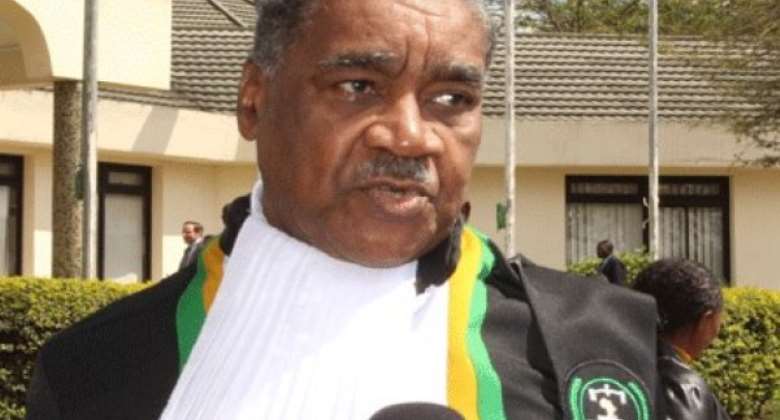 The statement said: “It is with the deepest sorrow that we have learnt of the death of Justice Ramadhani, who served as the Judge of the African Court from 2010-2016 and as its President from 2014-2016”.

Justice Sylvain Ore, current President of the Court, described Justice Ramadhani as an exemplary leader and unshaken in his pursuit of justice and protection of human rights on the African Continent.

“Justice Ramadhani was consistent and mentored many Judges and Staff. He foresaw good in everybody… he was like a father, big brother and above all a man of good faith and vision.”

After training in the Tanzania Military Academy, he was commissioned as a Second Lieutenant and reached the rank of Brigadier General when he was voluntarily released in 1996 when Tanzania resumed multiparty democracy.

Prior to being appointed Judge of the African Court, Justice Ramadhani was a Justice of Appeal of the United Republic of Tanzania from 1989 to 2010 when he retired after attaining the compulsory retirement age of 65.

He was also the Chairman of Executive Council of the Southern African Development Community (SADC) Electoral Commission Forum in 2006 and 2007.

He has published articles on Human Rights such as 'Promoting a New Economic Order in Developing Countries: A Role for Human Rights Organizations, published in the Vol. XI No 3/1996 of the Speaking about Rights (Canada Human Rights Foundation Newsletter).