Agricultural Sector Positions: Did We Just Realize These? 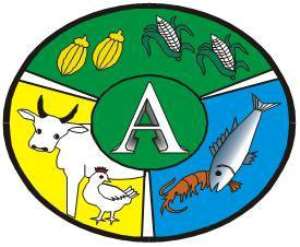 Nana I send you warm greetings. As I told you in our last phone conversation, I have an article cooking. But I have to take time off it to tell you about an issue currently circulating in our motherland. It is about the sector you made your life earnings from. Agyaaku, I am talking about the sector that dwells on the growing of crops and rearing of animals for human consumption and industrial use. You get it now, Nana? And please remember that I have worked under that sector before.

Throughout regimes, from 1992 till date, the sector has been organised and reorganised to suit and drive the purpose of the government of the day. As to whether these purposes are achieved by the various governments or not will be for another discussion.

Social media have been flooded with how the current administration has organised the agriculture sector. It is being pointed out, perhaps rightly so, how the government has proliferated ministries in the sector. Going by the logic of the propounder, the wrongly captioned ‘Agric Ministry’ message circulating around is not exhaustive enough. It does not include the ministry that oversees the Forestry Commission. Forests are made up of plants and animals, aren’t they?

But why can we not organise the agriculture sector along animal and crop lines? After all agriculture is about growing crops and rearing animals, is it not? Simple, or Agyaaku?

Nana, what I see in the current regime which is alien to the other regimes is the Minister of State in Charge of Agriculture as well as the splitting into two of the deputy minister for crops (i. in charge of annual crops and ii. in charge of perennial crops). However, Nana, strangely missing is a deputy minister in charge of livestock or animal production. Perhaps that has been sacrificed to drive or fast-track the crops sub-sector. If so, is such sacrifice necessary looking at the state of our livestock industry? Or is the focus of the Minister of State at the Presidency in charge of Agriculture geared more towards the livestock sub-sector?

Candidly, Nana, I think the split of the crops sub-sector into annuals and perennials is not necessary. And so is the Ministry of State in Charge of Agriculture. It may be better if the deputies for annuals and perennials are merged into one, with the Ministry of State in Charge of Agriculture scrapped and the deputy in charge of livestock brought back. That will leave the Akufo-Addo government with 5 positions for the agriculture sector. And it will be same as the Mahama and Kufuor governments in terms of absolute numbers.

But looking at the status of our agriculture and how much of food and agricultural products Ghana imports, Agyaaku, I will excuse any government that puts in place adequate organizational structure and leadership to quicken the pace of our agricultural development. We have the capacity and potential to be food sufficient. What is left is the drive and political will.

So, Agyaaku, having worked with the Ministry of Food and Agriculture and seeing the pressure that comes with sub-sector deputy ministries in a diverse sector as agriculture, I will approve of the various positions put in place by governments. They oversee, steer and direct the numerous programmes and projects together with their core mandates. That eases and quickens the pace for the development of the sector. That is why successive governments have kept it as such, albeit, with minimum shuffling at times.

Thus, I would rather champion a cause that seeks to let occupants of the created positions sign performance contracts; a breach of which they lose their job and/ or pay back a substantial part of the benefits they obtained while they were at post. Criticizing just the numbers and simplifying the sector to mean a mere production of plants and animals is not good enough. Let us dig deeper into some of these issues. There may be more than the ‘seems-simple-to-the-eye’ view we hold about them, Agyaaku. There is a good reason why we have The Auditor-General’s Department and Controller and the Accountant General’s Department, though the occupants of these positions are all trained and experienced accountants.

I consult in international development planning, project management, monitoring and evaluation, corporate social responsibility, sustainability. I also have expertise in organizing and leading family owned businesses (FOBs). I also provide services for setting up and management of websites.