Arrest And Prosecute Akuapem Kingmakers For Defying The Presidential Ban On Social Gatherings: An Open Letter To The IGP 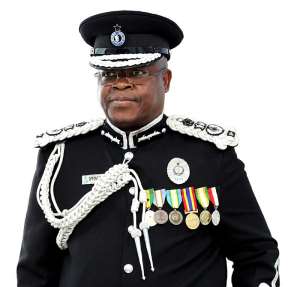 Dear IGP (James Oppong-Boanuh), it is worrisome and jaw-dropping to see the massive chief-making procession in Akuapem –Akropong on 1st May 2020 in defiance of the presidential ban on such social gatherings to contain the Covid-19 pandemic. This is why I write to you with speed.

IGP, Rule of law is one of the principles Ghanaians ascribed to when they voted yes for the Fourth Republican Constitution in a referendum in 1992. Rule of law simply means even or fair application of the law. Suffice to say that no person (biological or legal) should feel bigger than the law or operate as though he, she or it is beyond judicial control. As such, the Kingmakers of Akuapem are not supposed to be above the law.

IGP, that a thing is lawful or legal does not necessary mean that it is rational or reasonable. For example, it is legal or lawful for utility meter readers to enter a premises to do their work but it will be unreasonable or irrational if they attempt to read such meters in someone's home at midnight. Another example is that it is lawful to arrest and detain a thief but it will be unreasonable to detain the thief in a mortuary and not in a police cell.

In a similar vein, it is lawful for the people of Akuapem to install their chief but to do so in defiance of a presidential ban on social gathering to contain Covid-19 is condemnable because it is an unreasonable act, which has the tendency to be injurious to public health. That is why the Police must condemn the act and bring the perpetrators to book on the altar of rule of law. IGP, it is however surprising that the Police rather provided security for this massive procession in Akuapem in these abnormal times.

Relevance of Chieftaincy In Ghanaian Culture

Article 11 of the Constitution identifies the sources of law in Ghana in order of superiority starting with the Constitution itself. One of the sources of law (the last source in fact) is the Common Law- article 11 (1) (e). Customary law is considered as part of the Common Law of Ghana and such laws are largely community-based. Royals like kingmakers are supposed to be the custodians of the Customary Law but they must enforce it reasonably. 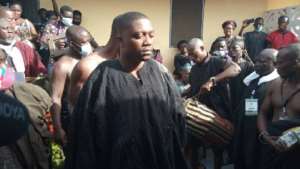 According to the Ghana Health Service (GHS) Covid-19 website, Eastern Region recorded 70 of the 2,074 confirmed Coronavirus cases nationwide. It all started in the small corners of Wuhan in China and became a global health problem with some countries recording thousands of deaths a day. As such, whatever unreasonable act is capable of further spreading the contagious disease in Ghana must be a matter of concern for all of us including the King-makers of Akuapem and the Police. To enforce a decision of the Judicial Committee of the Regional House of Chiefs in disregard of a presidential ban on social gatherings as though the people of Akuapem are above the law is worrisome. IGP, in order of precedence, customary law is not higher than the other sources of law enshrined in the Constitution (refer to article 11 cited earlier).

Ideally, such a disregard for the President's restraining directive on social gatherings should not have occurred in his father's hometown, Akropong. Yes, he is the President for the entire nation but the people of Akuapem should be more proud of him as one of their own and therefore respect his orders. As a result of the partial lockdown and ban on social gatherings, the Police under your watch, scattered church gatherings and made arrests yet you provided security for a massive chief-making procession that was organized in defiance of the same presidential ban on social gatherings. Elsewhere, you the IGP, the Eastern Region Police Commander, the Eastern Regional Minister and the DCE for the area should be resigning honorably because of this blatant defiance of a presidential order necessary to protect public health.

The following rhetorical questions run through my mind, IGP.

IGP, I will borrow expression from the Bible, twist it my own way without blasphemy and say, chieftaincy is made for man and not man for chieftaincy. As such, an act done in the name of chieftaincy to cause more injury to public health must be condemned. Defying the presidential order on social gathering is illegal hence, the law must take its course. It is lawful to install a chief but the people of Akuapem chose to do so in an unreasonable time. It is as though the churches and Mosques are expected to obey the presidential ban on social gatherings but the chieftaincy institution in Akuapem is free to operate above that directive. Into what dangers do we lead ourselves with chieftaincy in this country, which is supposed to be a sacred institution? Already, Ghana is saddled with numerous and unnecessary chieftaincy disputes across the nation, one of which was the case in Akuapem. As if that is not enough, Akuapeman must install the chief in a manner that is capable of infecting more people with Covid-19. What burden are we putting on the health system that the Health Minister had already described as fragile? IGP, the Police under your watch must not be the institution to help the chieftaincy institution to set such a bad precedence. We are watching to see if you will arrest and prosecute the kingmakers of Akuapem for acting unreasonably and unlawfully so far as the presidential ban on social gatherings is concerned.