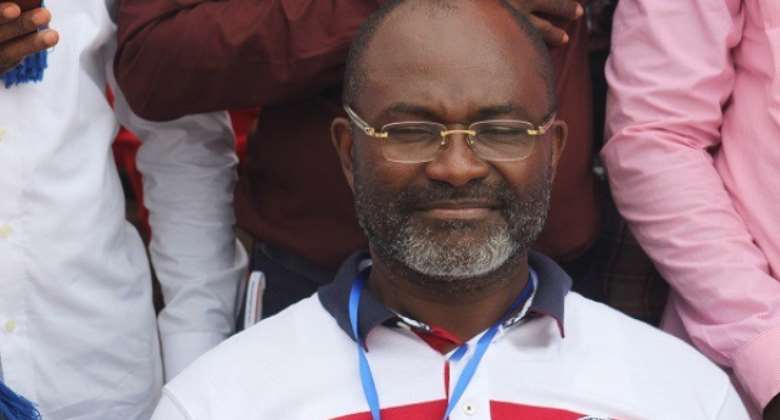 Assin Central Member of Parliament (MP), Kennedy Ohene Agyapong has described politicians who brand veronica buckets with their campaign posters meant for distribution to constituents to fight COVID-19 as myopic.

Some politicians from various political parties have been pasting their images on veronica buckets meant for the constituents.

Commenting on this on Epa Ho a, Daben Political Show on Happy FM, Ken Agyapong described politicians who have been doing that very ‘myopic’.

To him, it is not worth it that someone would want to make political capital out of a situation like this.

“I have donated a lot to fight COVID-19, no single individual has done more than me that but I am not using that for politics…it’s only myopic people who go around branding even veronica buckets for cheap and propaganda purpose…,”

He further took on the former President, John Mahama for seeking to make political capital out of the donations to the vulnerable in such difficult times.

“Mahama is going round, even when he donates plantain, he takes and picture and doing propaganda with that, everything, he’s seeking to make political capital out it…what’s that?” he said.