Ghanaians have lost their way: We must bring back our traditional ways of Living- PWCOP President suggests 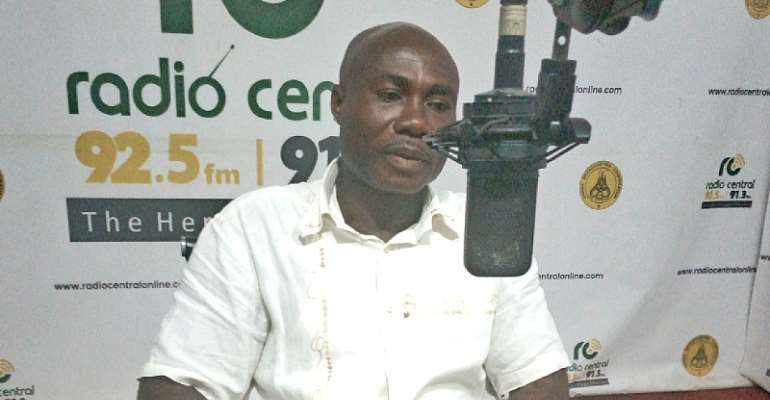 The President, People With Conviction of Principle Association (PWCOP) Seth Birikorang has said that Ghanaians can only progress and develop if we return to our traditional ways life and governance. He said if some of our traditional ways of governance style are inculcated into our modern ways of doing things, things would be better than it is today.

He wondered why during the partial Lockdown where security personnel were deployed to ensure we all complied with the directives in order to safeguard our lives, but still, people were disrespecting the rules and behaving otherwise. "In my view, all these happened because we have denigrated our traditional system of governance and as such most Ghanaians don't respect authority as it was in the olden days".

When asked why does he think that, relegating our traditional system of government to the background has done us more harm than good, Mr Birikorang said, we have been practising Christianity and Islam for several years since its introduction, but lies, greed, corruption, selfishness and open disregard and disrespect for the elderly has increased. He further added that, in Ghana, 30% of all structures are churches and also church activities are held in almost all public schools across the country during weekends. "How has that helped us". He continued that Ghanaians are a very religious people of which 70% are Christians but still there is indiscipline among us as compared to Europe and America.

He averred that if all politicians are made to swear by the "Gods" of our land before occupying public office, all "these corruption allegations that are always made against politicians and political parties would subside and be weeded out of our system. People are afraid of our traditional system and same must be brought back into our modern government system".

"There are lesser "Gods" which we normally call them "Abosom". They were created but God Almighty not to be worshipped but controlled to help us to progress. There are "Gods" that are in charge of all sectors of our life and the one in charge of our economy when invoked to protect our financial resources would deal with corrupt officials who steal our money".

"God in his infinite wisdom created us as Africans and gave us our way of worship and how we do our things. If we go by that, we shall progress but where majority of us are Christians and have no fear in us, then we have a long way to go" Mr Birikorang added.

The PWCOP president said, "In recent past, who are you to disregard an invitation from a Chief? The Chiefs were our traditional leaders and we revered and worship them and as such there was discipline and order". But, unfortunately, today, the reverse is the case.

He further explained that Christianity and Islam in its current form fit the cultural milieu of their places of origin, hence they have used same to develop their economies. How come we cannot use same to develop our own?

Responding to what can be done now that we have closed our borders, PWCOP president said, government should consider resourcing our local industries to able to produce most of our basic needs in order to help revamp our economy and create jobs for the teaming unemployed youth. This should serve as a wake call to all of us to buy, use, and eat made in Ghana post-Covid-19.

Ex-I.Coast president Gbagbo warns of 'disaster' in upcoming ...
56 minutes ago