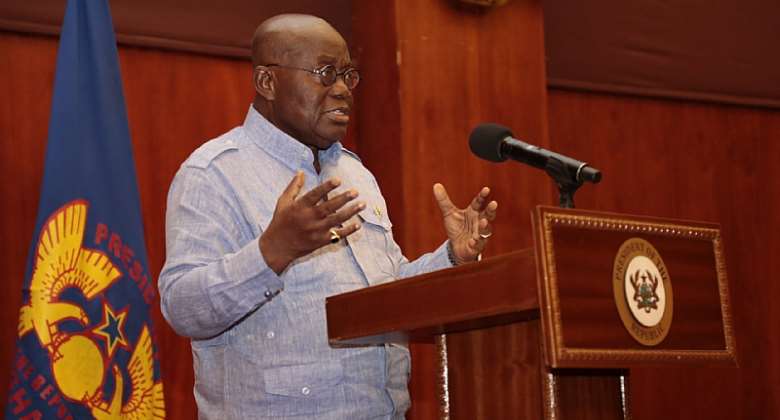 During his engagement with the leadership of the creative arts industry earlier in the week, he observed what we in the Daily Guide had done previously and raised a red flag over recently.

It all started with the partial lockdown which the President rightly applied on some parts of the country as a control measure against the spread of the virus.

It was a decision which suffered the usual politics common to issues in this country. There were some who queried the President for, as they put it, dilly dallying on the need to lock down the country. When that was eventually done based on science and data, another round of complaints erupted, with some complaining that there was hunger and the President should be considerate.

In the midst of this, there was yet another group which said a total lockdown would have been the best approach.

Here is a President who prefers working with the input of experts on subjects as they erupt hence his decision to move the way he does on Covid-19, especially the enforcement of orders. Even the reversal of the partial lockdown has attracted attacks as those who have turned complaints into an industry said it was too early to do.

The President has extended the restriction of public gathering order by yet a fortnight and rightly so. For the many who continue to defy the tenets of the protocols originating from the World Health Organisation (WHO) and, as it were, applied here in the form of an Executive Instrument and continue to conduct themselves in the old normal way, their conduct is despicable and should not be entertained under any circumstances whatsoever.

We have observed the President's preference for a soft approach in matters bordering on Covid-19 measures enforcement; for him appealing to the conscience is the better option. With the awesome powers of state at his disposal, the President continues to appeal to the people to respect the protocols, especially in relation to the wearing of face mask and the avoidance of public gathering. In some countries, the military have been ordered to deal with the breaches forcefully, resulting in some instant fatalities.

We wish to plead with the President to, as a matter of exigency, activate one of his powers to ensure that face masks especially are used by all Ghanaians, and to deal with breaches appropriately in the law courts. Appeals do not appear to be working and since we are dealing with a medical emergency, the President must use one of his awesome powers in the interest of his compatriots and others living within our midst.