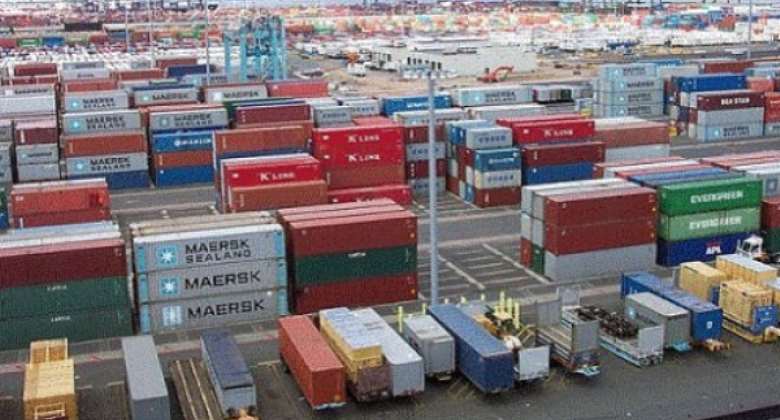 While attributing the UNIPASS hitch to the sabotaging activities of some detractors, Amfo-Sefah, debunked the misinformation out that nothing was happening at the port; but rather explained that there were two sides to what was currently happening in Tema port.

In a statement, he said “Freight forwarders and traders who have bill of entries (BoE) already logged unto the system and we're at various stages of the clearance systems could go ahead and clear.

“The problem is with applications and entry of new declaration, which the system does not accept, hence the stand still at the Tema port,” the statement explained.

According to the statement, some of the stakeholders acted in bad faith, which resulted in the challenges, but gave the assurance that things would work.

“Even though the commissioner General wrote to all stakeholders announcing the implementation and deployment of the new national single window “Integrated Customs Management System” ICUMS it also directed GCNet to continue running their GICCS platform alongside the ICUMS-uni-pass platform, to enable all existing BoEs that are already logged in the GICCS-GCnet system to complete their clearance cycle whiles the ICUMS-Uni-pass receive New applications from UCR,CCVR stage to the final clearance cycle.”

“This was to ensure that freight forwarders and traders who have already been issued with Customs Classification and Valuation Report “CCVRs'' from the old Pre-Arrival Assessment Reporting System “PAARS” which is been managed by west blue utilize their CCVR's.”

However, he said, “the freight and trade community only to turned up to work on Tuesday to surprisingly find out that Gcnet systems were down.

The statement called on all stakeholders that failed to play their roles to render an apology to traders and freight forwarders in Tema port and compensate them for the loss of time and money. ““

The black man is capable of managing his own affairs” This is a famous quote by the first president of the republic Dr. Kwame Nkrumah, it's about time state institutions managed their own affairs to forestall some of these challenges in the near future.”

Activities at the Tema Port came to a standstill on Monday when it was realized that the new port management platform that Government contracted CUPIA Korea to install had been encumbered with difficulties.

The difficulties coming in the very early days of the implementation of UNIPAS, led to misinformation in the public that the UNIPAS system which government tried to replace GC Net's system with is not good.