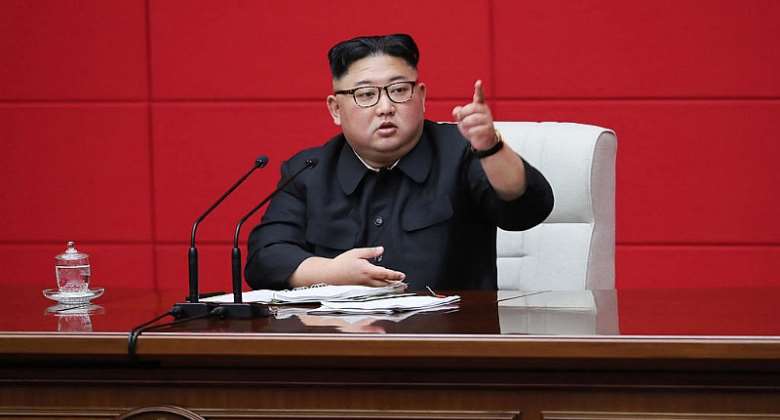 North Korea's supreme leader Kim Jong-un has not been seen in public since 12 April. He even failed to appear at “Day of the Sun” celebrations on 15 April, when Pyongyang commemorates the Stalinist state's legendary founder, Kim's grandfather, Kim Il-song. Speculation about the supreme leader's whereabouts is rife, but can we get a hint from the North Korean media?

Pyongyang watchers are scrutinising the North Korean state-controlled press for answers on the possible whereabouts of Kim, but clues are hard to find.

The Korean Central News Agency and the website of the Rodong Sinmun (Labour News), published in Korean, Chinese and English, stopped giving information on the activities of Kim Jong-un three weeks ago.

The column containing Rodong Sinmun's most prominent news item, the "Supreme Leader's Activities" is frozen on 12 April with the announcement that the "Political Bureau of the Central Committee (CC), Workers Party of Korea (WPK) Meets under the Guidance of Supreme Leader Kim Jong-un."

On the same day, Kim inspected a "Pursuit Assault Plane Group". Both articles carry pictures of the leader.

After that: no more pictures, no more appearances.

The most important date of North Korea's calendar, the Day of the Sun (15 April), birthday of Kim Il-song, the “President for Life” who founded the nation in 1948, thus came and went … without his grandson Kim Jong-un being present at the festivities and parades.

Meanwhile, North Korea-watching website 38North reported that a train was spotted on three different occasions – the last one on 29 April -  at the private station of Kim Jong-un's compound in the city of Wonsan, but no indications were given regarding the whereabouts of Kim himself.

Chatting with Assad
The Pyonyang press then started to multiply indications that Kim was still around.

On 26 April the KCNA reported that the Supreme Leader “expressed gratitude” to the construction workers in Samjiyon City at the border with China, where Kim wants to expand the family holiday resort.

A day later, both KCNA and Rodong Shinmun reported that the Supreme Leader had “received a reply” from President Bashar Al-Assad of Syria, who thanked Kim for his good wishes sent on the occasion of Syrian independence day, 17 April. None of these reports included pictures.

Meanwhile, US President Donald Trump on Monday appeared to confirm that the North Korean leader is alive, saying he wished Kim Jong-un well after days of speculation over the dictator's whereabouts.

Not too distant future
Asked if he had new information about Kim's health, Trump said "yes, I do have a very good idea, but I can't talk about it now. I just wish him well.

Trump said the media would "probably be hearing in the not-too-distant future" about Kim.

But a North Korean defector claims he is “99 percent sure” that Kim Jong-un is dead, saying that Pyongyang could announce the news this weekend.

Ji Seong-ho, who was elected as a member of the South Korean parliament last April, told South Korea's Yonhap news agency that he had been informed that Kim died last weekend after cardiovascular surgery.