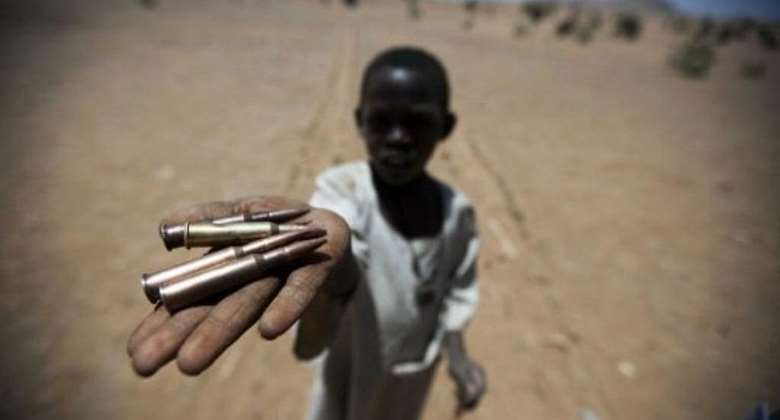 Sudan is in a precarious position as the transitional government deals with soaring inflation, high unemployment and a food shortage, but battling infectious Covid-19 could push it over its tipping point, according to Michele Bachelet, UN high commissioner for human rights.

“The health system is simply not equipped to handle an outbreak on the scale we have seen elsewhere in the world. There is only one way to prevent a humanitarian disaster, and that is for the donors to step up and extend a helping hand to Sudan,” Bachelet said this week.

Basic medical supplies, such as masks, have tripled in price as Sudanese on lockdown try to protect themselves.

Sudan does not have the resources to test suspected cases, and the numbers of people suffering from Covid-19 have risen to 375 with 28 deaths, according to the Africa Centres for Disease Control and Prevention.

“The idea of the perfect storm is overused, but in this context it actually may be apt because of this interlocking between political problems, healthcare problems, economic problems, and food problems,” says Harry Verhoeven, senior advisor for the European Institute of Peace (EIP), a Brussels thinktank.

“The clouds are unusually dark, hanging over a region that is quite used to bad news, this is not good,” he adds.

US sanctions bars aid for Sudan
US Secretary of State Mike Pompeo spoke with Sudanese Prime Minister Abdallah Hamdok in April to discuss the possibility of removing Sudan from the US list of state sponsors of terrorism.

Some called it yet another empty gesture from the US, which has banned Sudanese from obtaining visas under the Trump administration.

“The United States has moved the goalposts for 15 to 20 years… so Pompeo's statement will not necessarily be seen as truly credible,” says Verhoeven.

Verhoeven says that reaching a political settlement in Sudan will not necessarily result in the US removing sanctions. “It's a promise that has been broken too many times,” he adds.

Lifting the pariah state sanctions could help during the Covid-19 crisis, according to the UN's Bachelet. Sudan is ineligible to access the US$50-billion fund made available by the International Monetary Fund and World Bank to assist countries to fight coronavirus.

“The only way Sudan will ever be able to break out of this cycle of poverty and desperation is to be freed from the impediments of sanctions imposed at the time of the previous government,” says the UN official.

“This would enable Sudan to attract investment for its much-needed economic reforms, and to fully access funds of the international financial institutions,” she adds.

Darfur, a key piece of the puzzle
Reports of breakthroughs made in the Juba peace talks, which are now conducted remotely due to Covid-19, including allocating 40 percent of Darfur's natural resources to the region itself, were treated with scepticism this week.

“After 20 years of war, there are massive questions around land ownership, tenure, about changes in in economic livelihood - compensation for those who've lost,” says EIP senior advisor Verhoeven.

But he tells RFI that conducting the Juba peace talks “indicates that some in the government believe Darfur really needs to be solved after 20 years of fighting, of killing, of displacements.”

“These are very tricky political questions, questions that will be difficult even without the legacy of war. They're particularly fraught,” he adds.

The situation is further compounded by the state of emergency in Darfur, according to Salih Osman, vice president of the Darfuri Bar Association, a human rights law organisation.

“This state of emergency is a tool that was used by the previous regime to suppress people in Darfur, with regular government forces and the Janjaweed using this to 'implement the law',” says Osman, referring to soldiers and armed militias who hunted down Darfuris on behalf of Omar al-Bashir's government.

The state of emergency enabled the authorities to carry out human rights violations, stop people from gathering, communicating and having their voice heard, according to Osman.

Osman went to Darfuri internally displaced camps late last year to speak to people there. Even after the installation of the transitional government, they told him violations continue to occur.

According to the UN, nearly 2 million of Sudan's 42 million population remain internally displaced as a result of conflicts in Darfur, South Kordofan, and Blue Nile state.

“Most face dire conditions, living in camps or settlements, unable to meet their basic needs,” according to UN's Bachelet.

In South Darfur, internally displaced people at Kalma camp, which houses 90,000, are not allowed to even go to Nyala city, the capital of the state, which is on the outskirts of the camp, according to Osman.

Impunity in Darfur
The lack of accountability, arbitrary arrest and detention during the state of emergency is demonstrated by the recent reports of violence, including murder, rape, and arson, says Osman.

“Crimes are happening on a daily basis. There is still an absence of justice and accountability, because [the old regime members] are beyond the reach of justice,” says Osman.

One member of the power-sharing transitional government, General Mohamed Hamdan Dagalo, aka Hemeti, deputy of the Sovereignty Council, was the head of the Janjaweed militia, later rebranded as the Rapid Support Forces (RSF).

The RSF carried out numerous human rights abuses, as alleged by Human Rights Watch, a US-based rights watchdog, against the Darfuri people, crimes that date from 2002.

“People are disappointed that they don't feel that there is a change at all, they are telling me that elements of the previous regime are still controlling the institutions of the government in Darfur,” lawyer Osman says.

Osman says that even with the new government, there is no accountability, not even in terms of sending Omar al-Bashir, the former president of Sudan, and three others to the International Criminal Court (ICC). The men are charged with committing genocide, war crimes, and crimes against humanity in Darfur.

“The government had been saying 'we are assessing with the ICC how to surrender the accused [Omar al-Bashir and three associates]' but they have dropped this issue, because of coronavirus,” says Osman.

“Inequality, and economic and social grievances, were the main triggers of Sudan's revolution last year. If these and other root causes are not addressed as a matter of priority, Sudan's successful transition to achieving a durable peace remains distant,” says Bachelet.