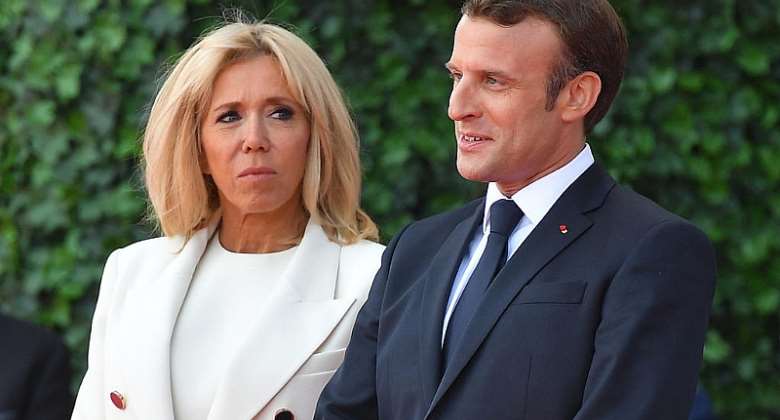 “Your example is an inspiration”, Macron told 99 year old Dr. Christian Chenay, who has continued to visit his patients in a retirement home during the Coronavirus epidemic, even though he himself is in a high-risk age group.

France's oldest practising doctor cares for the 60 residents at a home for elderly priests in Chevilly Larue, southeast of Paris.

President Macron and his wife Brigitte hosted Dr. Chenay on Friday in one of the elegant reception rooms at the Elysée Palace, where social distancing is easily observed.

“Hearing about you makes people feel so optimistic”, Macron told him. “That's why I wanted to thank you. You understand the risks you are taking and yet you go ahead.”

Dr. Chenay told the French president that no one had died in the retirement home where he worked, since the beginning of the epidemic.

Macron paid homage to all doctors in France, describing them as “unbelievable”.

He also remarked that “the French people have adapted really well,” stating that the government had tried to “build” on a certain “public spiritedness”.

Who will replace him?
The president also alluded to the difficulties he faced steering the country through the crisis, saying at one point: “Sometimes it seems as though we're really being punished.”

As well as visiting the retirement home, Dr. Chenay also advises other patients in the town, conducting consultations by phone or virtually.  He has had to close his surgery because the waiting room is too small for people to respect social distancing regulations.

He didn't start work as a family doctor until the age or 93, having first trained as a hospital psychiatrist but he now says he intends to retire once the Covid 19 emergency is over.

But he worries about finding someone to replace him as many doctors reach retirement age and there is a shortage of younger practitioners ready to replace them.

There are only 3 family doctors in the town which has a population of 19,000 people.