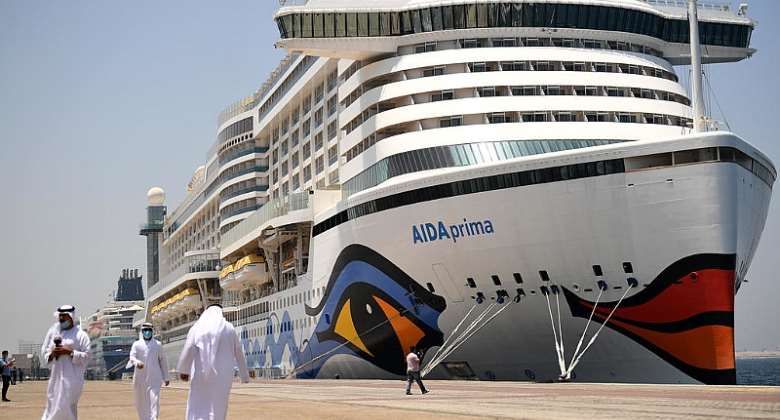 An investigation by British newspaper The Guardian has revealed the plight of crew members trapped on at least 50 ships because of the Covid-19 pandemic. The sailors have limited medical equipment, some are not being paid, and there's no end to their predicament in sight.

The investigation by The Guardian established that more than 100,000 crew members are still trapped on cruise ships. At least 50 vessels are infected with the Covid-19 virus. They are thus barred from entering ports. Crew members on the stricken ships are banned from air travel which would allow them to return to their homes.

According to the report, many of the crew are quarantined in tiny cabins, and some have had their pay cut off. “They have in effect become a nation of floating castaways, marooned on boats from the Galapagos Islands to Dubai port,” the London-based newspaper says.

Communication with the outside world is difficult, but The Guardian found that “at least 17 cruise ship workers are confirmed to have died from suspected Covid-19, and dozens more have had to be evacuated from ships and taken to hospital.”

In the US, the Centers for Disease Control and Prevention (CDC) “permits cruise ships to disembark their crew members if the cruise line signs an attestation stating that the cruise line has complied with all requirements for the safe disembarkation of crew,” but in practice, cruise ship management has difficulties getting their crew, often from Asia, Europe and Latin America, back to their home countries.

On 9 April, the CDC issued a “no sail order for cruise ships” that will remain in effect until 24 July, or that could be lifted if “the Secretary of Health and Human Services declares that Covid-19 no longer constitutes a public health emergency.”

The first cruise ship reported to have been affected with the Covid-19 virus was the Diamond Princess a cruise ship carrying 2,666 tourists and 1,045 crew, where the infection was confirmed on 1 February. The vessel docked in the Japanese port of Yokohama for 26 days before all passengers and crew were disembarked. Over 700 people were subsequently infected and twelve died.