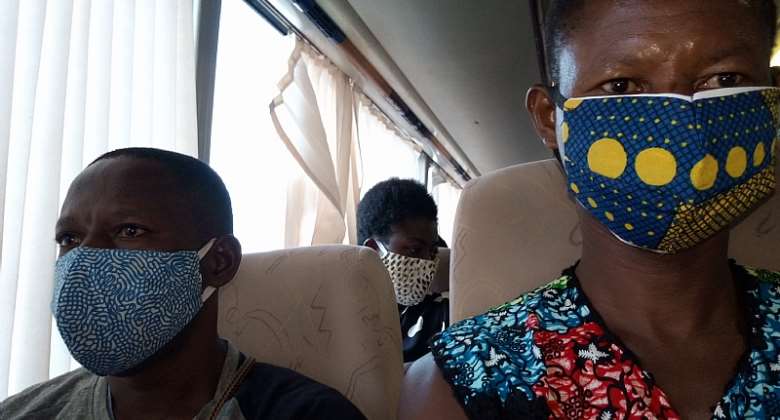 We all remember that after lifting the partial lockdown that affected Accra and other places, the Commander in Chief reiterated the need to observe other protocols, especially the social distancing principle. However, it is nauseating to affirm that the State Transport Company Ltd (STC), Takoradi branch, has blatantly gone against the president's directive.

It was a spectacle in one of the STC buses at the Takoradi STC bus terminal on Friday, 1st May 2020. The sitting arrangement in this bus was in total breach of the social distancing principle. While some passengers sat in pairs, others sat alone. This arrangement was boldly resisted by one of the passengers, who had the support of others, including myself.

As the resistance became reasonably and legally implicating, one of the STC staff entered the bus to suggest that the gentleman who led the rational protest could select a seat for himself. Immediately the gentleman stood up to go for a single seat, I joined and others followed suit.

This phenomenon caused an STC staff who claims to be operations manager at the Takoradi STC branch to attempt to resist our demand to observe social distancing principle in this state owned bus. However, we resisted him with reasonable argument.

In an attempt to prevail over us, he said a memo had been issued by the Ministry of Transport to permit them to breach the social distancing principle President Nana Addo has agreed with Ghana Private Road Transport Union and other private transport unions to observe. When we demanded for the memo, he could not provide after a fruitless search on his phone. Finally, he showed us a message on his phone which was not actually a memo. At this point, I told him not to bother himself because a mere memo cannot override the Ministry of Health's Executive Instrument on observance of all protocols in combating the novel coronavirus.

When others realised that the guy who initiated what I will call reasonable and legally executed protest and I were winning, they came out to testify that VIP, a private transport operator observes the social distancing principle so STC could not do otherwise. The attempt of the STC staff to let those of us leading the protest to get down for a refund, was resisted more fiercely than their illegality of breaching the social distancing principle itself.

Consequently, four pair of seats yielded to this inhuman illegality of the Takoradi branch of the STC. My concern is however, that if this is what is happening in other STC buses because the passengers may not protest, then Nana Akomeah, the Managing Director of the STC, should step in before this state owned transport fights against the effort of all to keep the coronavirus at bay.

Due to this situation, this Takoradi-Accra booked STC bus, which was supposed to depart at 6:30 am, left Takoradi after 7:00 am.