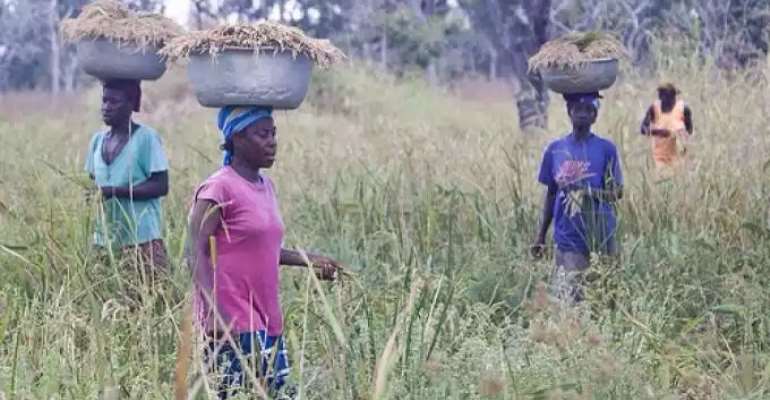 The Member of Parliament for Krachi East Constituency, Honourable Michael Yaw Gyato, has donated over 60,000 cartons agrochemicals to farmers within the constituency.

The agrochemicals according to the member of parliament have been procured through the one-district-one-million dollar initiative by the Akufo-Addo government.

According to the member of parliament, agriculture is the chief occupation in the constituency the need to present the farmers with the agrochemicals to boost farming activities adding that he has also used his common fund to purchase a tractor for women in n agriculture in the Krachi East constituency

Presenting the items to some farmers at Kparekpare in the Krachi East Municipality, the member of parliament admonished the farmers not to politicize the gesture and also called on them to guard against vote-buying in this electioneering year.

The farmers expressed joy after receiving the agrochemicals and promised to utilize them for their intended purpose.

In a related development, the member of parliament has also presented 200 dual desks and 129 white marker boards to the municipal director of education, madam Georgina Mensah for onward distribution to all basic schools in the constituency

According to him, all schools in the Krachi East constituency will soon move from the chalkboard system to the whiteboard system to facilitate academic activities.

He said the desks have been procured through GETFUND.

Director for education for Krachi east who received the items thanked the Member of Parliament for the gesture and said it has come at the right time and it will go a long way to facilitate academic work in the constituency.

Present member of parliament was flanked by the Municipal Chief Executive for Krachi East, Patrick Gyirimah, director of education, madam Georgina Mensah and some dignitaries from the Krachi East constituency.