Pentecostals and the spiritual war against coronavirus in Africa 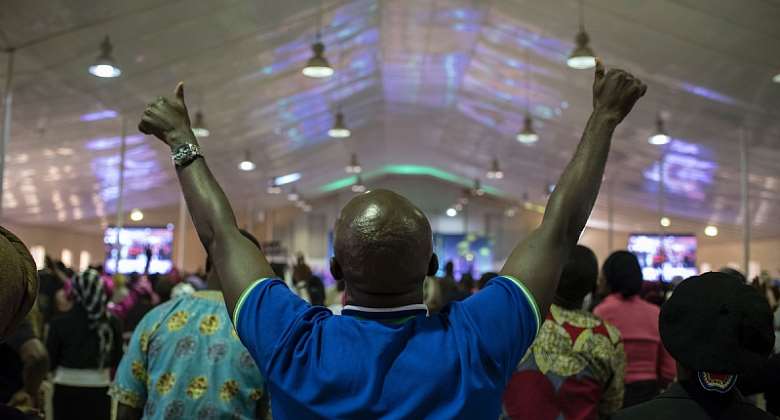 Since the emergence of COVID-19 , a number of media commentators and academics have reflected on the “ spiritualisation ” of the pandemic among responses in different African settings.

There's been particular interest in the influence of prominent Pentecostal pastors on public health messaging. Some have expressed concern about the possible consequences of their invocations of spiritual warfare.

We've examined how idioms of (spiritual) warfare have been deployed in response to the coronavirus pandemic and wish to bring a broader perspective to recent debates about these dynamics. We consider examples from Tanzania and Zimbabwe, drawing on our ongoing research in these settings.

Many Pentecostal Christians, in Africa as well as other continents , portray the coronavirus as a “ spiritual force of evil ” rather than as a biomedical disease.

Through this lens, the world is presented as a battleground between God and the agents of Satan. For those who enlist to “fight for Jesus”, the most effective weapon is prayer.

Spiritual warfare provides a framework for explaining and responding to both mundane and extraordinary events – from a cancelled flight to a global pandemic. But despite their close association with Pentecostals, these militarised idioms may also resonate with other groups.

In Zimbabwe, Prophet Emmanuel Makandiwa has been criticised for reassuring his congregants that they will be “spared” from the virus. This will happen through prayer and the divine protection he mediates. “You will not die, because the Son is involved in what we are doing,” he says, calling it

the freedom that no medication can offer.

This declaration epitomises a sense of Pentecostal “exceptionalism”, embodied in the claim to be “ in this world but not of this world ”. It clearly risks instilling a level of complacency among his followers about the threat of the virus. It amplifies the possibility of noncompliance with government safety measures . Advert for online service led by Prophet Makandiwa. Christ TV Channel/Twitter

Prophet Makandiwa has also been accused of perpetuating conspiracy theories . Drawing Biblical allusions to the “ mark of the beast ”, he has warned followers about “microchip” implants. These, he predicts, will accompany future vaccination campaigns. This claim has also been made by pastors elsewhere in the African continent.

In Uganda, steps have already been taken to prosecute pastors spreading misinformation.

Efforts to “spiritualise” the virus have also been pursued by some African leaders. For example, Tanzanian President John Pombe Magufuli described COVID-19 as a demon (shetani). Through it Satan seeks to “ destroy ” Tanzanian citizens.

Despite the government promoting physical distancing, he declared that churches or mosques would not be closed because this is where God and “true healing” (uponyaji wa kweli) are found.

Invoking the idiom of spiritual warfare, Magufuli explained that COVID-19

cannot survive in the Body of Jesus (and) will be burned away.

Commentators have observed that Magufuli is himself a Roman Catholic (albeit with Pentecostal ties ). Yet few have acknowledged his implication that God can also be “found” in mosques, nor his recommendation that Tanzanians also embrace indigenous medicinal practices for protection.

These invocations mostly adopt a rhetorical style reminiscent of Pentecostal pastors but maintain a broad, inclusive focus on God (Mungu).

Tanzanians responded enthusiastically to Magufuli's call for citizens “of every faith” to participate in three days of national prayer. Many took to social media to circulate photos and videos featuring the Tanzanian flag and words of prayer.

Yet a growing number of commentators have criticised Magufuli. As with Makandiwa, they argue that his use of spiritual warfare rhetoric generates a dangerous expectation of viral immunity.

Some commentators have taken Magufuli's emphasis on prayer to be emblematic of the government's perceived failure to adequately address the pandemic .

The government, say critics, has fallen prey to “ superstitious ” thinking. Some draw allusions to the use of water-based medicine in the Maji Maji rebellion against German colonial rule.

As others have observed , the act of giving spiritual agency to the virus as a “personal demon” can also serve to downplay structural failures which have contributed to its spread. It divests responsibility to both COVID-19 as a sentient “enemy” and citizens.

There is a risk, however, that exaggerating the “idiosyncrasy” of the Tanzanian government's response to COVID-19 – and indeed that of Prophet Makandiwa – may perpetuate another myth of “exceptionalism”. One which echoes colonial depictions of African populations as singularly “superstitious” and “ incurably religious ”. A billboard in Lagos, Nigeria. Markus Matzel/ullstein bild/Getty Images

In truth, spiritual warfare idioms have been diversely invoked – and unevenly received – across the continent. They have prompted lively “ religion and science ” debates.

Moreover, the plausibility of spiritual warfare idioms should not be exclusively attributed to people's religious sensibilities. After all, “warfare” is the signature trope with which global political figures, health experts, and media commentators have framed COVID-19.

Like Magufuli, world leaders like the UK's Boris Johnson , France's Emmanuel Macron and the US's Donald Trump have all invoked warfare motifs against the single, identifiable “enemy”.

European governments have also been accused of using this framing to shift responsibility onto citizens as “combatants”, whether for failing to adhere to physical distancing or for their biomedical frailty. Narratives of individuals heroically “ winning their war ” against a decidedly personal demon are no less persuasive to some in Europe than to some in Africa.

None of this is intended to take away from the ambivalent and sometimes plainly harmful effects of attempts to spiritualise the pandemic. Nor is it to imply that religiously informed strategies of communication and implementation are incompatible with more “temporal” methods.

Religious groups like Pentecostal congregations may indeed constitute an important “ public health resource ” when it comes to delivering services and messaging . And they can cultivate a sense of hope and mutual care in the face of uncertainty.

Rather, we suggest as anthropologists and scholars of religion, this warfaring rhetoric might stem from a shared discomfort among Africans and Europeans alike at the prospect of an adversary without discernible self-will or conscience. An impersonal demon.

We declare war on the virus, because we want it to be something that it is not.

Josiah Taru has previously received funding from a Human Economy Programme (University of Pretoria) to conduct fieldwork between 2015-17.

More Article
ModernGhana Links
Disinformation: An Emerging Threat to Ending AIDS in Ghana
Abolish 1999 Constitution, Implement #endsars Reports For Peace To Reign
Road of Death: Would the Ghanaian Parliament pass on an opportunity to fix the Accra–Kumasi Highway?
The Argument About Which Teacher Union Was Formed First
Turkey And Bangladesh Can Benefit from Growing Trade and Strategic Ties
National Science And Maths Quiz (NSMQ): The Bigger Picture
Why Ghana needs robotics industry for national development
Akwamu Chieftaincy litigation still in court
The AfCFTA will improve Africa's ability to respond to future pandemics
TOP STORIES