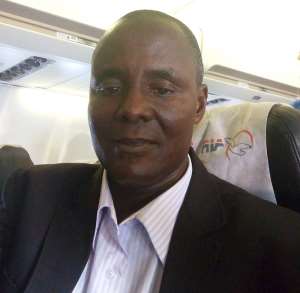 How exactly is the lockdown helping to halt the spread of coronavirus in Nigeria? Or put another way, how is the Buhari regime which announced the lockdown in three locations, Lagos, Ogun and the Federal Capital Territory (FCT), ensuring that the measure unleashed is at least achieving a reasonable percentage of the purpose for which it was declared?

Has there been any thorough audit of the exercise? Who is also undertaking such an assessment in the various states that are equally on lockdown? What is the level of compliance at the various places and what percentage of the anticipated gains has so far been achieved?

One may never get a coherent answer. That is the problem a people must learn to live with when they are stuck with a regime that appears to derive some kind of strange animation from maintaining an icy distance from the people it claims to be governing, a leadership that seems to have become incurably estranged from the people, their problems and feelings, and appears to be trapped in abject lack of the capacity to muster any empathy and fellow-feeling either when speaking to the populace or taking actions that are sure to harshly affect their lives.

What discerning Nigerians see out there are mere perfunctory and aimless exercises by a regime that appears to be mainly interested in demonstrating that it is also doing or has done something. Whether the measures undertaken eventually achieve the desired results or not do not seem to be among the things that bother it. What appears to matter only is that the government’s megaphones are now armed with “strong evidences” of some actions undertaken by the regime and are using them to torment the ears of a terribly famished and frustrated populace by broadcasting them on rooftops and equally deploying them to great effects to launch ferocious attacks on those who try to call attention to the howling inadequacies and failures of the authorities.

Despite locking down Lagos, Ogun, the FCT and some other states for some weeks now, the number of confirmed cases of Covid-19 is still rising. Due to the lockdown, the people cannot go out to work to earn a living in one of the harshest economies in the world, but is that all that is required to be done to combat the virus? What sincere efforts are being deployed to cushion the effects of the stay-at-home order so that people who are prevented from working to earn a living are not allowed to die of hunger? Has the government tried to identify with the people’s suffering in order to attract sufficient sympathy and cooperation from them for its strategy for halting the spread of the virus? Is the movement-restriction order, which most of the populace may just be seeing as punitive, helping to achieve the required “social distancing” which has been proved to be the most effective measure for the containment of coronavirus?

As I move about, I see groups of people in large numbers, gathered here and there, sitting or standing very close to each other, holding lively discussions – often almost speaking into each other’s face. From the few words you could pick from their discussions, you would see immediately that government and what is widely perceived as its uncaring nature is usually the topic of discourse. Obviously, these people are tired, hungry and angry. These gatherings, therefore, have become some kind of tranquilizer, a way of relieving tensions and removing attention from the biting problems associated with the action of a government they believe merely emerged from its seclusion, imposed a lockdown on them, and returned to its hideout without caring about the searing effects of the policy.

But, these gatherings, sadly, only serve to sabotage the very purpose of the restriction of movements and stay-at-home order. How many of the people attend these gatherings uninfected, but go home eventually carrying the virus? So, what then are we achieving? Is it just to keep the people starving at home so that the rest of the world can see that the Nigerian government is also doing something to contain the spread of the virus, even though all the efforts being clumsily and aimlessly undertaken appear like pouring water in a basket?

I have been saying it for some years now that Nigeria presents the best picture of how a country could look like and exist in the absence of any form of government. The average Nigerian has learnt to exist without expecting anything good, edifying or exciting happening to remind him about the existence of the government. Nigerians have learnt to endure the bad roads and dilapidated public infrastructures like hospitals and schools. In most cases, they help themselves by making the roads that lead to their homes, providing potable water for themselves and generating their own electric power – by spending so much on petrol daily and polluting the atmosphere with ear-splitting noise and thick, harmful smokes. Even security which should be the most basic obligation any government owes its people since it controls the instruments of force and violence is almost non-existent. People are left at the mercy of criminals and bandits. So, in order to safeguard their lives, Nigerians spend so much to arrange for their own security.

Many Nigerians, therefore, have grown to see government as some irrelevant, indifferent or even a perennially absent entity. Government only compels them to remember that it exists when it constitutes a nuisance to their lives like coming to extract taxes from them without giving anything beneficial in return or demolishing structures and displacing many people who have managed to find shelters for themselves in the absence of any viable housing policies for the masses, or even like the imposition of a movement-restriction order on the people and callously abandoning them to their fate as is currently being experienced in the country.

The people feel that their leaders are too immersed in their business of primitive accumulations to have any time left to seek to make them happy or try to attract their friendship and sympathy. And so, even though the restrictions are inevitable, the people are not able to buy into it. And so, the objective is largely defeated.

Even the government that is preaching “social distancing” is seen everywhere often flagrantly observing it in the breach. For instance, shortly after the Bauchi State Governor, Mr. Bala Mohammed, was released from isolation following his recovery from Covid-19, pictures of an event he featured in were released and people were scandalized that they should convoke such a crowd where people interacted very closely and “social distancing” requirements were flouted with outrageous impunity.

All over the country, the people are witnessing top government functionaries brazenly failing to lead by example by obeying the very restrictions they had imposed to check the spread of the virus. As they do this, they deemphasize the importance and seriousness of those measures before the people. The worst example was egregiously advertised during the recent burial of the late Chief of Staff to the President, Mr. Abba Kyari. First, the corpse was flown from Lagos to Abuja, thereby endangering the lives of those who were obligated to convey and receive it. The burial was aired on television and the crowd was not, in my estimation, less than 200. This was a brazen violation of the extant crowd regulation policy of the government which stipulates that no gathering should exceed 20 people. Every requirement about “social distancing” was rudely flouted with utmost impunity. It was as if there was a deliberate effort to spread the coronavirus. Many Nigerians must have wondered at the kind of government we have that honours the dead at the expense of the safety of the living, and makes a law with one hand only to flout it with the other?

Has anybody seen where the often very miserable palliatives are shared to hungry Nigerians? Because the people are conscious of the fact that what is being distributed are not always enough for everyone to get some bit, the fight in the usually intimidating crowd can only fill any decent person with great disgust and dread. And the videos of these shameful displays are all over the social media embarrassing and further diminishing Nigeria before the rest of the world.

So, it is not possible to, for once, treat “ordinary” Nigerians like human beings, undertake the distribution of these food items a little more decently and avoid the sorry spectacle of people fiercely fighting, wounding themselves and falling over each other to get the items being thrown at them by officials as though they were animals?

How many healthy people come for those food items only to go home infected with coronavirus? So, why the lockdown if the sharing of palliatives only help to further spread the virus? Unless the government undertakes a comprehensive audit of the gains of the lockdown, adopts a more creative and humane approach to its implementation, people will only be kept at home dying of hunger while the number of confirmed cases of Covid-19 keeps increasing. Instead of assessing the gains of the four weeks people have already endured and design a better way of achieving the desired results, what we are hearing is that the president and governors have resolved to impose another two weeks of restrictions!

I will keep hoping that there is nothing in the corridors of power that makes those there incapable of realizing when they have become confused, overwhelmed and totally bereft of any workable ideas!

So far, the government has got so much money from donations from Nigeria and abroad. It is not enough to just sit somewhere in Abuja and announce the billions you claim to have shared out to people. Please, come down from your high horse, face reality and do the right thing. You are merely preparing a time bomb by keeping people at home and refusing to financially empower them so they can feed themselves and their families. If other countries, even in Africa, can successfully do it, Nigeria can. Let the cash disbursements go round. Let the food items reach everyone that is in need of them.

If leaders hope to succeed, they must strive to connect with the people and see them as human beings who have genuine needs and feelings, and not as mere statistics. Please, this is the 21st Century! This also is not an election season, so let all the propaganda end. They neither change the price of fish in the market nor fill the stomach of the starving. They are simply exasperating and nauseating. The Buhari regime should endeavour to puncture by practical actions the growing impression that it is helplessly overwhelmed. That is, if it is not!