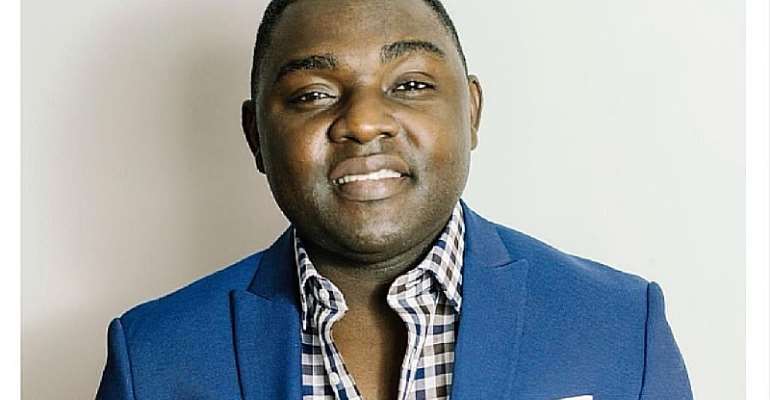 I had the opportunity to be forwarded a video clip made by Mr Kevin Ekow Baidoo Taylor of the "With all Due Respect" media channel this afternoon, Wednesday, 29 April 2020, onto my WhatsApp platform. He has been ranting and raving like a man gone crazy because another man has snatched his female lover from him, or better still, like a rabies-infested dog itching badly on the skin hence jumping around, moaning, using the teeth and the paws to scratch its body. I hope readers do understand how those in that situation just described do behave.

Kevin Taylor, amid heaping insults on Ghanaians in general, questions to be shown any single viable social intervention that His Excellency Nana Akufo-Addo has introduced since he assumed the presidency of the nation that had been, and is still being, beneficial to the people of Ghana and the nation. He goes on to insult Ghanaians for readying themselves to accord President Nana Akufo-Addo a second term in office. He claims the president is seventy-six years old so it is pure stupidity on the part of Ghanaians to even dream of having him as their president, let alone, voting to re-elect him come election 2020.

Kevin continues to make frivolous and reckless accusations bordering on tribalism against Ghanaians. In order not to make this mad dog popular in my publications which are read by many discerning Ghanaians worldwide, I have decided not to reproduce his video clip in this publication. This complete idiot by all standards, asserts that if Ghanaians were not stupid to have voted former President John Dramani Mahama out of office based on our silly belief that it is not right for "Opepeni" (northerner) to rule Ghana, but had accorded him four more years in office, Ghana would have markedly been transformed for the better by now.

It will be a precious time badly or worthlessly spent should I dwell on recounting all the madness spewed in the video clip by this notorious young man fighting with all his strength to justify to his paymaster(s) that he is creditably doing the very job they have hired him to do.

Let me try to answer Kevin Taylor on some of the questions he insanely posed to Ghanaians. Before then, what is the "social intervention" he is talking about of which he has categorically rubbished the "Free Senior High School" education policy or programme introduced by His Excellency the President, Nana Addo Dankwa Akufo-Addo?

Let me resort to Wikipedia to assist me define what Social intervention by a government is. "Social interventionism is an action which involves the intervention of a government or an organization in social affairs.[1] Such policies can include provision of charity or social welfare as a means to alleviate social and economic problems of people facing financial difficulties; provision of health care; provision of education; provision of safety regulations for employment and products; delivery of food aid, food bank or recovery missions to regions or countries negatively affected by an event; adoption programs; maintaining and protecting natural biodiversity …"

Even though the short-sighted Kevin Taylor does not see the benefit of the free Senior High School programme, many a Ghanaian appreciates the policy despite the challenges it is facing. It has come to remove the until then discrimation in our national educational policy where the people in the northern regions of Ghana were enjoying free education from the primary school to the tertiary level at the expense of the others from the other regions in Ghana who unfortunately happened to be mostly the earners of the income so used.

Is the "Planting for food and jobs" programme not a national intervention to alleviate food problems in the nation? Has that policy not created jobs for the youth in the country? What about the Nation Builders Corps (NABCO) programme? Is it not "a government initiative introduced to address graduate unemployment to solve various social problems in both the private and public sectors and build their skills to promote economic growth in the country?"

Had the government not embarked on relentless effort to banish illegal surface mining (galamsey), the cause of the devastation of the nation's water bodies, arable farmlands and virgin forests and pollution of the air, from the country, only to be mitigated by the diabolical cheap politicking by the NDC and their agents like you, Kevin Taylor? Was that not a social intervention to save the lands for food production and potable water for the people? The interventions are many and diverse. They cannot be seen by mentally blind people like Kevin Taylor who is only interested in lining his pocket but does not give a hoot about whether or not foreigners like the Chinese will one day possess Ghana to make us slaves in our own land.

Kevin Taylor lives in the USA. Does he not know the ages of the two presidential aspirants for their election 2020? President Donald Trump born on 14 June 1946 will be 74 years at the election time while Democrats' Presidential-aspirant, Joe Biden, born on 20 November 1942, will be 77 years old. Is Kevin going to fault the credibility of the two presidential contestants because of their age? Nana Akufo-Addo born on 29 March 1944, will still be 76 years at Ghana's election 2020. Is he far different from those in America? It is not the age that counts much but how one delivers and how farsighted the person is.

John Mahama was young, however, he was comparatively short-sighted by his own confessions, and would not listen to anyone who had never ascended to Ghana's presidency before. He was corrupt to the core! Which of the two presidential-candidates will discerning Ghanaians, excluding Kevin Taylor and all his ilk, prefer to lead the nation?

Kevin Taylor has been putting words in the mouth of people, claiming, some Ghanaians were saying that they will never vote for "opepeni" to become their leader. Look how crafty and silly this guy is to creating confusion and division among Ghanaians all in his attempts to win votes for his paymaster. Ghanaians have gone past that petty politicking by Kevin Taylor and all his ilk like Sammy Gyamfi, Akandor and Johnson Asiedu Nketia who only think about power, and how to enrich themselves, but not the greater collective interests of Ghanaians.

While Rockson Adofo is researching and warning Ghanaians against the possible take over of the country by the neo-colonialist-Chinese, Kevin Taylor is fooling about throwing dust scooped from his American lair into Ghanaians' eyes. Shame on him!

Fellow Ghanaians, please let us be wiser than Kevin Taylor, a sly guy craving to be immensely rich without performing any productive job but simply lying as he has been instructed by his myopic paymaster(s) for their political gains.