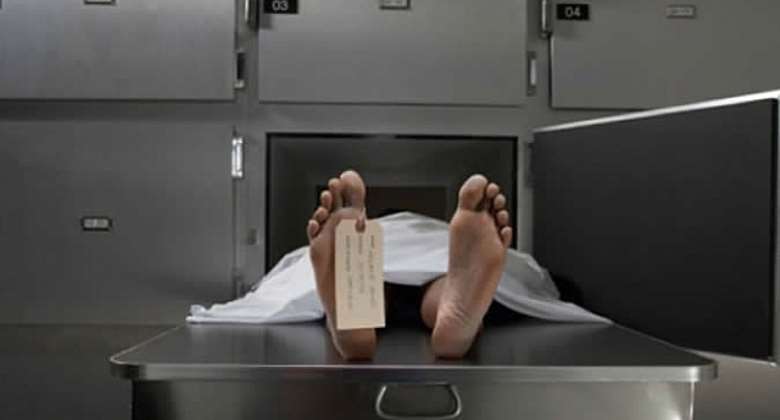 The West Gonja Catholic hospital in the West Gonja Municipal Assembly of the Savannah Region has finally released the two mortalised bodies in the Salugu conflict to family members for entombing.

A total accrued mortuary bill of Ghc58,280.00(Ghc29,140 per body) was waived by the hospital paving way for relatives to have access to the bodies.

The bodies were officially released to the families on the 27th day of April 2020, in the full witness of the police.

Officials from the Savannah Regional Coordinating Council were also supposed to witness the handing over of the bodies, but couldn't turn up.

The deceased identified as John Bakari, 45, and 91-year old woman, Kala Adima were killed two years ago in a conflict between Gonjas' and Tampulmas' at Salugu in the Banawa Electoral Area in the North Gonja District of the Savannah Region.

Some 35 houses were also identified to be burnt in the process rendering many residents homeless.

The two bodies were deposited at the mortuary on 14th January 2018, by police officers under the Regional Police Command of the Northern Region.

Issues of mortuary bills and uncompleted forensic investigation into the conflict were identified as possible reasons for the delay in burying the bodies.

The Normalisation Committee in consultation with the boards and CEO of the hospital agreed to waive the bills on humanitarian grounds,after it became difficult for the accrued bills to be cleared.

At a short ceremony to hand over the bodies,the Chairman of the Normalisation Committee who is the acting Administrator of the hospital, Rev. Fr.Lazarus Annyereh,expressed commiserations to the families on behalf of the entire management and staff of the hospital.

He said the hospital as a corporate body has decided to waive the mortuary bills on humanitarian grounds,since it would have been difficult for family members to clear the bills.

Servicing of the fridges among others are cost the hospital still has to bear, he noted.

According to him, it would be an additional burden on the already bereaved families to demand that they pay the mortuary bills among others.

He prayed for a peaceful reposed of the souls stating that,"as you go to bury these bodies, let's not bring about any barbaric act.But that peace would prevail.They more we pray for them,the better their souls rest in peace".

The former Assembly Man for Banawa Electoral Area,Mr.Abudu Zakaria, who spoke on behalf of the families expressed appreciation to the hospital for the kind gesture.

He wondered how they would have payed the accrued mortuary bills.

Conflict he noted,has no better prize for humanity except agony, admonishing the factions to keep the peace in the area.

Assuming entrenched positions in his view,is not the way to go.

Also present were other members of the Normalisation Committee of the hospital,the Medical Superintendent of the hospital;Dr.Vitalis Saadaare,current Assembly man for Banawa Electoral Area;Mr.Salifu among other family members of the deceased and representative of the Regional Police Commander;Mr.SS Gbeve.