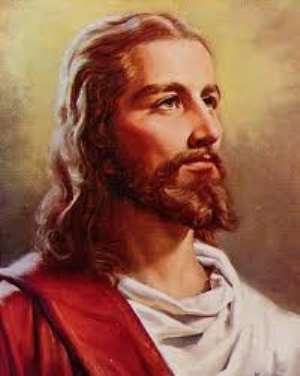 1. Jesus handled disloyalty differently by forgiving and restoring the man who denied Him and abandoned the ministry after His crucifixion.

"When they had finished eating, Jesus said to Simon Peter, Simon son of John, do you truly love me more than these? Yes Lord, he said, you know that I love you. Jesus said, Feed my lambs." John 21:15

2. Jesus taught His followers to bless their enemies and not to curse them.

"You have heard that it was said, love your neighbour and hate your enemy. But I tell you: Love your enemies, and pray for those who persecute you, that you may be sons of your Father in Heaven. He causes His sun to to rise on the level and the good, and sends rain on the righteous and the unrighteous." Matthew 5:43-45

3. Jesus rebuked James when the latter sought permission to "call down fire from heaven" to destroy those who opposed the work of God.

"As the time approached for him to be taken up to heaven, Jesus resolutely set out for Jerusalem, and He sent messengers on ahead....but the people there did not welcome him, because he was heading for Jerusalem. When the disciples James and John saw this, they asked, Lord do you want us to call down fire from heaven to destroy them? But Jesus turned and rebuked them, and they went to another village." Luke 9:54

4. Jesus never expelled people from His 'church'. Those who left did so on their own accord.

5. Jesus fed the poor and openly associated with them. He encouraged His followers to visit those in prison, in the hospital, feed the hungry, care for the thirsty and provide for those who were strangers.

"For I was hungry and you gave me something to eat, I was thirsty and you gave me something to drink, I was a stranger and you invited me in, I needed clothes and you clothed me, I was sick and you looked after me, I was in prison and you came to visit me....i tell you the truth, whatever you did for one of the least of these brothers of mine, you did for me." Matthew 25:35, 40

6. Jesus warned His followers to be wary of false teachers and false prophets who would ride on the wings of false doctrine to deceive and to lead many astray.

"Watch out for false prophets. They come to you in sheep's clothing, but inwardly they are ferocious wolves. By their fruit you will recognise them." Matthew 7:15-16

7. Jesus severely rebuked and reprimanded the religious leaders of His time who loved and used their titles and positions of privilege to enslave the people instead of using same to empower them.

8. Jesus spoke about the "deceitfulness of riches" and warned against falling into the trap of mammon. He vehemently opposed the greedy in society including those in religious circles who exploited the poor.

"No one can serve two masters. Either he will hate the one and love the other, or he will be devoted and despise the other. You cannot serve both God and money." Matthew 6:24; Matthew 13:22; Matthew 19:16-22

9. Jesus taught His followers to take personal responsibility by seeking God for themselves and not to follow miracles.

"A wicked and adulterous generation looks for a miraculous sign but none would be given it except the sign of Jonah. Matthew 16:4

10. Jesus practised what He preached. He forgave his killers. He treated his enemies well. He turned the other cheek when he was struck and like a "sheep before her shearers is silent, he never opened his mouth". Isaiah 53:7b

Bonus Point
Jesus though fully God and also fully man knew His limitations. He kept in touch with the Father on a daily basis. May the God of Grace help us all to stay grounded and never "think of yourself more highly than you ought." Romans 12:3b; John 5:30