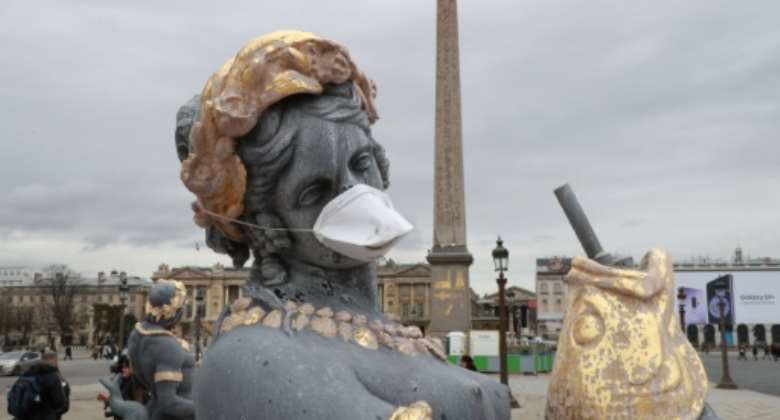 An unintended boon of shuttered factories along with empty roads and skies has been more breathable air. By JACQUES DEMARTHON (AFP/File)

European countries under coronavirus lockdown have seen 11,000 fewer deaths in April compared to the same period last year due to a sharp drop in fossil fuel pollution, according to research released Friday.

Measures to halt the spread of coronavirus have slowed the region's economies to a crawl, with coal-generated power falling by nearly 40 percent, and oil consumption by a third.

Globally, oil use has declined by about the same amount, with drops in coal consumption varying by region.

An unintended boon of shuttered factories and empty roads has been more breathable air.

Levels of nitrogen dioxide (NO2) and small particle pollution known as PM2.5 -- both toxic by-products burning coal, oil and gas -- fell 37 and 10 percent, respectively, according to the findings.

"The impacts are the same or bigger in many other parts of the world," lead author Lauri Myllyvirta, senior analyst at the Centre for Research on Energy and Clean Air (CREA), told AFP.

In China, for example, NO2 and PM2.5 levels declined by a 25 and 40 percent during the most stringent period of lockdown, with an even sharper fall in Hubei Province, where the global pandemic began.

"So we are looking at an even larger number of avoided deaths," Myllyvirta said.

The World Health Organization (WHO) calculates 4.2 million deaths, but has underestimated the impact on cardiovascular disease, recent research has shown.

Worst-hit is Asia, where average lifespan is cut 4.1 years in China, 3.9 years in India, and 3.8 years in Pakistan.

In Europe, life expectancy is shortened by eight months.

"Our analysis highlights tremendous benefits for public health and quality of life that could be achieved by rapidly reducing fossil fuels in a sustained and sustainable way," Myllyvirta said.

The happenstance evidence that less air pollution saves lives should guide governments deciding on how to reboot their economies, noted Maria Neira, the WHO's director for Environmental and Social Determinants of Health.

"When we eventually take off our face masks, we want to keep breathing clean air," she said, commenting on the findings.

"If we truly care about the health of our communities, countries and global commons, we must find ways of powering the planet with out relying on fossil fuels."

Another study comparing more than 3,000 US counties, meanwhile, found that PM 2.5 pollution is directly linked with higher COVID-19 death rates.

One extra micron per cubic metre corresponded to a 15 percent jump in COVID-19 mortality, researchers at the Harvard University T.H. Chan School of Public Health reported earlier this month.

The results "suggest that long-term exposure to air pollution increases vulnerability to experiencing the most severe Covid-19 outcomes," they wrote.

In 2013, the WHO classified it as a cancer-causing agent.

In India's Uttar Pradesh -- home to 200 million -- small particle pollution by itself slashes life expectancy by 8.5 years, while in China's Hebei Province (population 74 million) the shortfall is nearly six years, according to the Air Quality Life Index, developed by researchers at the Energy Policy Institute of Chicago.

The new analysis from CREA matches weather conditions and changes in emissions to data on the damages to health linked to exposure to air pollution.