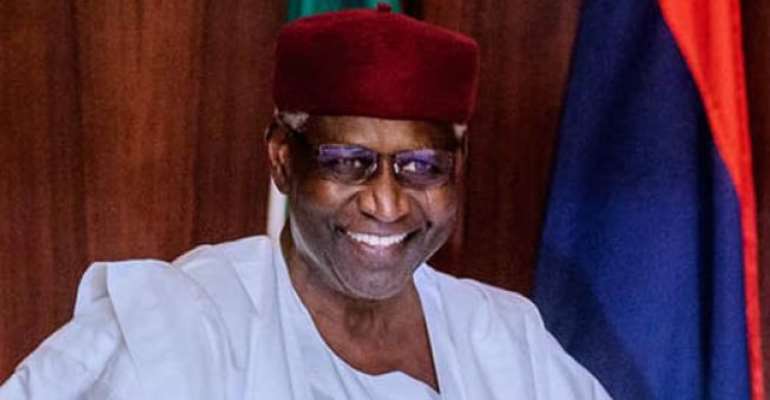 "We all make choices, but in the end our choices make us."

"When you choose an action, you choose the consequences of that action. When you desire a consequence you had damned well better take the action that would create it."

After what appeared to be the overwhelming verdict of the majority of Nigerians on the stewardship of late Chief of Staff, Mr. Abba Kyari, that adjudged his actions in office as calamitous, catastrophic, woeful and grief-filled for the average citizen, some of his friends, both personal and official, have since bombarded the media space with "his other side."

There were pieces from Femi Fani-Kayode, Simon Kolawole, Geoffrey Onyeama, Segun Adeniyi, Waziri Adio, Reuben Abati, and a number of others. The obvious attempt by this group was to humanise a personality that was by reputation, a monster to the majority of Nigerian citizens. Their attempts were obviously to mitigate the notoriety and obloquies of Abba Kyari as Chief of Staff.

It must of necessity, be conceded to the individuals identified above and they're ilk that they are all entitled to their perspectives on their friend, Abba Kyari. They have every right to celebrate their friend who died. It was not a sin to go down memory lane to avail the rest of us of the beautiful experiences they had with him. "Kìí burú títí kó má ku enìkan soso mó ni, eni tí yíó kù la ò mò," so goes the Yorùbá aphorism. This aphorism, literally, would mean "No matter how bad one's situation is, there would be someone to sympathize, who that would be is unknown."

It is a good thing some or all of them had unfettered access to the late Chief of Staff. It was a great thing that they were able to discuss his private lamentation about some of the occurrences in the government. It was a great thing that they either worked together or they were classmates with Kyari. They regaled us all with the details of their personal relationships which had nothing to do with public interest.

Suffice to say that all of us have friends at different cadres of government. How we relate to them is up to us. What we discuss with them and vice versa is up to us. Those of us who are also relatives to those who hold public offices have the same rights of whatever type of relationship that mutually suit us. We are all entitled to such.

In such relationships, either with friends and or family, the variables are patently different from the variables that govern the relationship and expectations of the public on whose purse the public office holders are maintained. They live in government houses. They drive expensive cars. They fly in different types of jets. They have the law enforcement officers of various grades and genre at their beck and call. They enjoy a lot of special privileges. On our purse.

Thus, to whom much is given, much is highly expected.

The question that demands immediate answer from the apologists of Abba Kyari who are competing with themselves to tell us his "other side" was asked by Mark Twain in his book "The Adventures of Huckleberry Finn", as follows:

"What's the use you learning to do right when it's troublesome to do right and ain't no trouble to do wrong, and the wages is just the same?"

When one is in public office, the basic expectation is one's responsibility to the people on whose financial account one is maintained in that office. The people on the street. The powerless. The voiceless. The vulnerable. The weak. Those who have no access and should not have needed it if good governance had been given the priority.

This also include responsibility to the businesses and the creation of conducive atmosphere for citizens to engage in whatever their interests are within the confines of the extant laws. Ensuring of social and economic stability is of great importance. With that, goes the most important of all - safety of lives and property with tools of justice, equity, balance and fairness.

In all the tributes from Abba Kyari's friends, trying to show us "his other side," there were too many sordid revelations about his person. As a public office holder, what came across most was his arrogance. His sense of irresponsibility. His "I don't care attitude." His meanness. His pettiness. His vindictiveness. His brutality. His cunningness. His duplicity. His manipulations. As posited elsewhere, Abba Kyari, with a mien akin to that of a dove, was a heinous hawk, a vicious vulture that is egregious and atrocious in its debauchery and cupidity.

In this conscious cascade into casual casuistry, Waziri Adio and Simon Kolawole, my colleagues in our days at TheNews and TEMPO magazines, did the most damage. Segun Adeniyi also is in this cadre of those who did as much damage. In an attempt to humanize a monster friend of theirs, they showcased his arrogance and putrid sense of irresponsibility. Acquiescing with Kyari's refusal to publicly defend himself was a demonstration of bad faith, first to him as their friend, and second to the Nigerian public.

Without any prejudice to their motives for so doing, they left their friend vulnerable to the harsh judgement of History by such acquiescence. They did Abba Kyari a lot of harm. On the other side of it, they also did a great disservice to the public who paid the wages for the comfort of Abba Kyari in office. On so many national issues that one would not want to repeat here, they did not tell their friend the truth and did not encourage him to be honest with Nigerians.

Also, one is flabbergasted by the mere expectations of theirs, that Abba Kyari's death should redeem him of his heinous acts against Nigerians; that his nicety to them as his friends should override his duty and responsibility to the public as a public office holder. As such, he, according to them, ought to be seen from that "other side" purview rather than be judged by his actions in office.

That they refused to separate personal relationships from responsibility of a public office was very troubling. By virtue of their profession, they are in the best position to realise that personal relationships with a motley crowd of fawning friends and flattering family members have no meaning to the ordinary man on the streets of Ilésà, Warri, Rano, Enugu, Calabar, Gombe, Kano, Kaduna, Owerri, Akure, Itire, Iwo, Sokoto, Yola, Port-Harcourt, Benin, Asaba and or elsewhere in Nigeria.

Mixing up the disposition of a tyrant to his family and friends with the expectations of the public from a public office holder is very gross and much more distressing coming from journalists of their caliber. They know and or ought to know that there is a big gulf between the two. The measurement of the performance of a public office holder is the happiness and progress of the people, not the happiness and progress of his crowd of friends, cronies and family members, immediate or extended.

Any public officer, whether elected or appointed, is accountable to the public, to the man on the street and not to his friends and family as well as cronies and sycophants. Whatever private communication between any public office holder and his friends is totally irrelevant and of no consequences to the perception, assessment and judgement of his performance in the office by the public on whose financial account he was maintained in office.

Those of us who are passing judgements on Abba Kyari are doing so on the account of his performance in the public office. His "other side" is of no interest to us. What is of interest to us is why and how he traumatized our lives so heartlessly without remorse. We are bothered as to why he could be so mean and cruel; cared so less, marinated in rancid arrogance and be so unconscionably corrupt.

This is the crux of the matter. They should please save us from the tales about his "other side." That should be left to his family and friends, with whom we also sympathize because of our own humanity. They are entitled to their accrued happiness as his bosom friends and family. But that is gulf apart from his duty and responsibility to the public at large.

Then I read Femi Adesina's piece about dreaming of Abba Kyari's death. In the concluding part of that piece, Femi made an appeal to sympathy, using religion and the vulnerability of us all to death, as his tools. He expressed disgust that many are dancing on the grave of Abba Kyari. But he forgot to remember that Abba Kyari himself danced on the graves of many Nigerians who died as a result of nidorous policies on which he collaborated with Mohammadu Buhari and the cabal. What some of us seek to know is whether the former Chief of Staff ever believed he would ever die while he was exercising power with such uninhibited disdain for his fellow human beings? Did he know that we are all made of dust and would return to dust?

And to Femi Adesina himself, before he begins to pity the rest of us, he should also remember that one day, like everyone else, he would bite the dust. Telling us to either give up our land or die, would one day be remembered by the relatives and victims of wanton murder, mindless maiming, rapacious raping, ferocious arson, destruction of farms and villages driven by ethnic cleansing of which he is a proud mouth piece.

All of us must always remember that we all have appointment with death. It is a necessary end to which we must all come. In or out of power, we must always be very careful what we do to others.

It was Carl Gustav Jung, a Swiss psychiatrist and psychoanalyst who founded analytical psychology and was influential in the fields of psychiatry, anthropology, archaeology, literature, philosophy, as well as religious studies who admonished as follows:

"The wrong we have done, thought, or intended will wreak its vengeance on