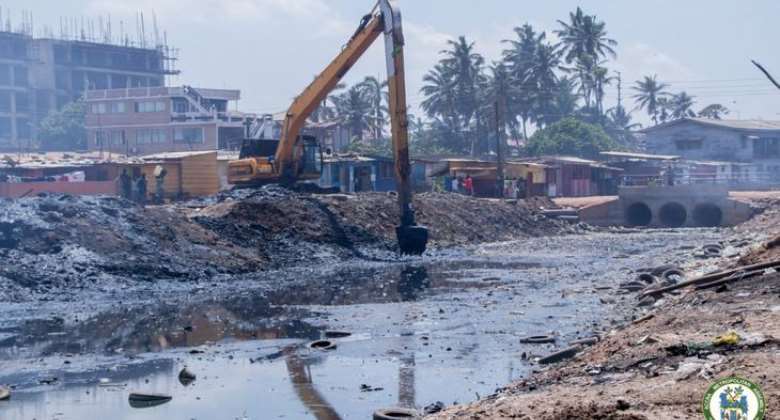 Samuel Atta Akyea, Minister for Works and Housing said on Tuesday that the release of funds had paved way for the commencement Ghana's Desilting Programme nationwide as the rains set in this year.

Speaking at the Information Ministry's Media Briefing, on Tuesday, Mr. Atta Akyea said with the emergence of COVID-19, the country could not afford to suffer double jeopardy with casualties from floods.

Mr. Atta Akyea recalled that the Ghana Metrological Agency had forecasted the country would experience heavy rains this year.

He explained the country's open drainage system had done evil than good because some citizens continued to throw rubbish into these open drains thereby choking them.

“We have challenges with drains in the entire country,” he said, adding that, the construction of drains over the years had caused the State a lot of money.