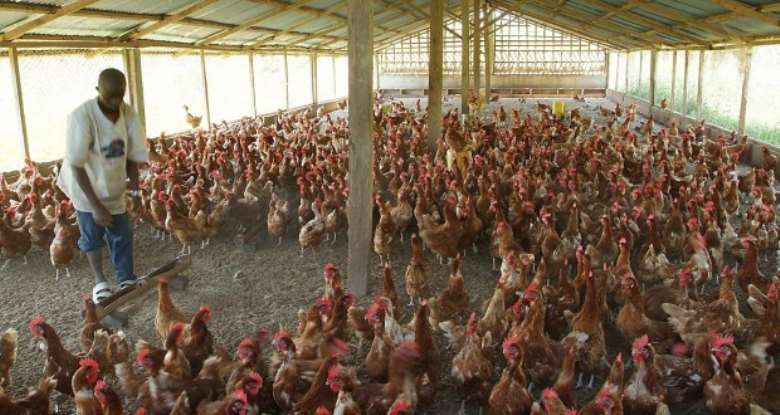 Local poultry farmers have called for concrete interventions by the government to strengthen the industry and keep businesses alive.

As a result, the government has mooted an idea to increase local production and ban importation by the year 2023.

The President of the Greater Accra Poultry Farmers Association Michael Nyarko-Ampem, in a Citi News interview, assured that they have the capacity to produce for local consumption once these interventions are made.

“The farmers are really ready and we can ramp it up. It takes only about six (6) weeks to eight (8) weeks to get a broiler ready for the market. Once the market is assured, making it possible to get the birds to the market is not a problem at all. It is very achievable,” he said.

The Greater Accra Poultry Farmers Association of Ghana (GAFPA) called on government in November 2019, to reduce the importation of chicken ahead of the festive season to save the local poultry industry.

The Association said then the local poultry farmers incur losses as consumers opt for imported chicken over the broilers produced in the country.

Vice President of the Greater Accra Poultry Farmers Association of Ghana, Michael Ampem said “The imported chicken has been with us for more than two decades. It is affecting us and the money people have to pay in engaging workers. The importation doesn't employ people. It rather employs people in other countries. It is just the end products which are the birds that come. So if we reduce the importation, it will create employment.”

In Ghana, data shows that in 2017, over 135,000 tonnes of frozen chicken, which is about 112 million birds, was imported from the European Union.

The figure was a 76 percent increase over what was imported in the previous year.

Estimatedly, there is an annual increase in chicken consumption of about six percent in the country.