Lockdown at US military base in Djibouti as coronavirus spreads 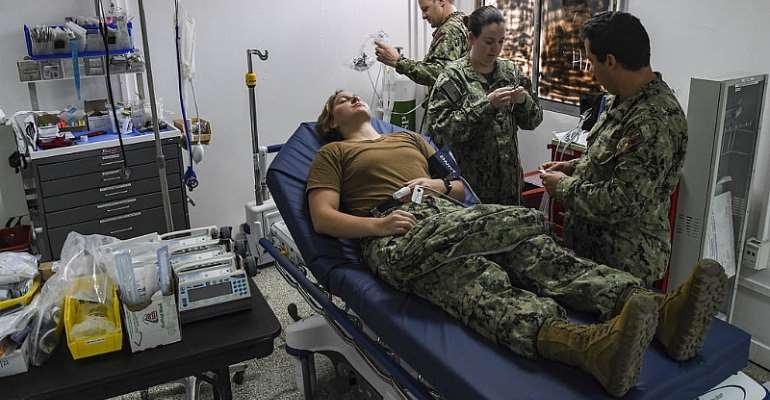 The US military base in Djibouti is going on lockdown after a second case of coronavirus was confirmed, according to an American military newspaper. Camp Lemonnier, which provides the US military with a strategic foothold in east Africa, will go on indefinite lockdown to prevent further spread of Covid-19.

A second sick contractor tested positive and was evacuated from Djibouti, prompting the lockdown of the base, reported Stars and Stripes newspaper.

The US military on Tuesday prepared to stop access to the Djibouti base and move personnel living in town to the army compound. The measures were described as temporary, according to a spokesperson for the Combined Joint Task Force-Horn of Africa cited by Stars and Stripes.

Authorities in Djibouti has registered 1,072 cases of coronavirus and two deaths, according to statistics from the Africa Centres for Disease Control and Prevention.

President Ismail Omar Guelleh last week attributed the spread of the virus to people not respecting measures to contain the spread, notably social distancing and self-isolation.

Besides the US military, Djibouti also hosts bases for the French and Chinese armies. The French presence includes more than 1,400 troops, helicopters, fighter jets and naval base, according to the defence ministry.

The first US contractor to test positive earlier this year was evacuated from Djibouti to Germany and access to Camp Lemonnier for locals was restricted.