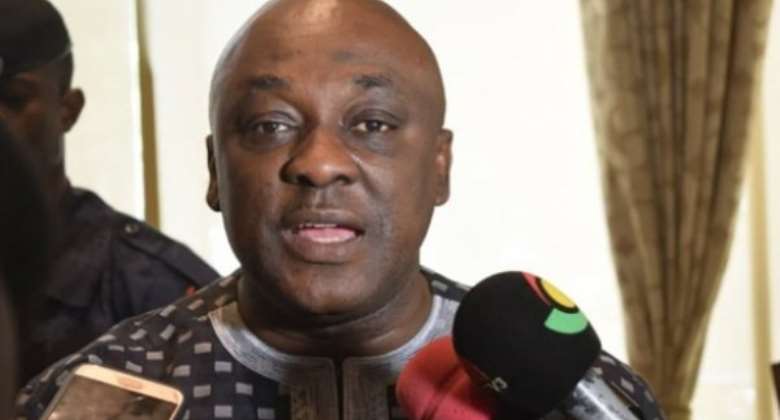 Mr Carlo Ahenkorah, the MP for Tema West said those doubting the President plausibility of building 88 health facilities are people who are just not observant.

“How did President Akufo-Addo find money to fund the free electricity and water that he has given Ghanaians to help them cope with the coronavirus pandemic? How did he come by the money to deliver 'one village, one dam,' 'one district, one factory'?

“The people who are doubting the President now are the same people who doubted him from opposition and all I can say is that, they have only set themselves up to be embarrassed again,”

According to him, the President's critics would have done themselves a favour, if they had rather studied the President and discovered that he was the same man who was fighting Covid-19 with money that was not available from the beginning.

President Akufo-Addo is currently trending after he promised to build 88 new hospitals for the country to plug the non-availability of hospitals in 88 districts of the country.

He also promised new hospitals for a number of Regions.

“There are 88 districts in our country without district Hospitals. We have six new regions without regional hospitals that is why Government has decided to undertake a major investment in our healthcare infrastructure.

“We will this year, begin constructing 88 hospitals in the districts without hospitals. It will be 10 in Ashanti, nine in Volta, nine in Central, eight in the Eastern, seven in Greater Accra, seven in Upper East, five in Northern, five in Oti, five in Upper West, five in Bono, four in Western North, four in Western, three in Ahafo, three in Savannah, two in Bono East, and two in North East Region.

“Each of them will be a quality, standard design 100-bed hospital with accommodation for Doctors, Nurses and other Health workers. The intention is to complete them within a year.

“We are also putting in place plans to construct six new regional hospitals in the six new Regions. The rehabilitation of Afia Nkwanta Hospital in Sekondi,” the President said.

But immediately after the broadcast on Saturday, the President's critics mainly consisting of leading members of opposition parties, went to town on the President claiming it was not doable as the budget did not cater for the projects.

Mr Ahenkorah on the other hand said their thinking lacked foundation in reason. “What they should ask is, how Akufo-Addo managed to get GH¢63.74 billion to fund the financial sector clean-up. Where did we get money to do Free SHS, and the other programmes that the same people said the President could not deliver.

The way these programmes were funded is the same way these hospitals will also be funded.”

He expressed disappointment that the good news that the President gave rather led to detraction when it ought to make Ghanaians happy and supportive.