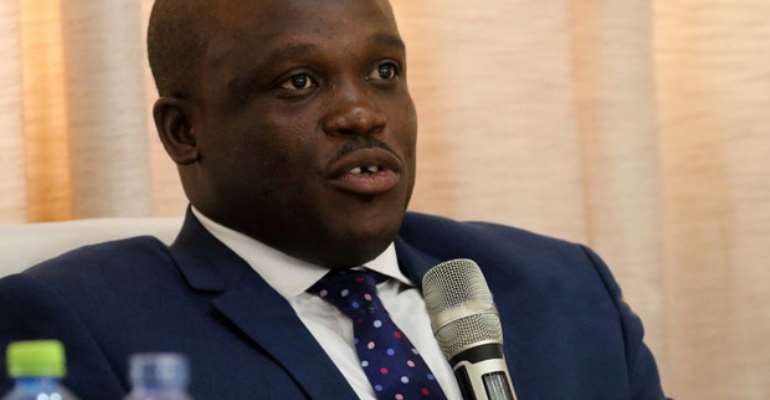 One of the stories in this edition is about the concerns raised by a group in reaction to the recent attempt by NDC supporters led by Sam George and John Dumelo, the Ayawaso West Wugon parliamentary candidate, to disrupt an Electoral Commission (EC) meeting.

Such crudeness downgrades the ranking of a country's democracy in the comity of civilized nations and should not be entertained henceforth.

The two names associated with the infamy that rocked the Ayawaso West Wuogon Constituency by-election for which a Commission of Enquiry was empanelled are mentioned in this subject. It is an association which speaks volumes about the nature of the two personalities.

It is understandable why the NDC as a political party objected to the Vigilante Law and even refused to append its signature to the relevant document that would bind it to the tenets of the legislation.

It is heart-wrenching that the democracy Ghanaians sacrificed so much in sweat and blood to institutionalize would be toyed with by miscreants and regretfully hooligans.

A party which prefers applying jungle practices in a civilized society should not be allowed to do as they please or even come near power.

We have reliably learnt that one of the persons who were jailed for passing harsh remarks against some judges on Montie Radio was also involved in the infamous attempt, a reality which shows once more that we are dealing with a violent party which would throw decency to the dogs just so they can go ahead with their bloody agenda.

We salute the show of civic responsibility exhibited by Mass Action Committee (MAC) in its condemnation of the infamy.

Ghanaians should consider the now notorious actions of the Ningo/Prampram MP as a glaring threat to our democracy and to condemn the party to which he belongs. We should all, lovers of Ghana's peace and development, condemn in no uncertain terms such crude and criminal actions by persons who are expected to be role models in society.

Information reaching 'Daily Guide' indicates that but for the intervention of the police, the hooligans would have descended upon the Electoral Commission (EC) officials and assaulted them during the meeting.

We are surprised that no arrest was made and to add that kid gloves approach to such miscreants does not bring the necessary deterrence required under such circumstances. MPs who abuse their immunity do not deserve such privileges, more so when their actions threaten the security of the nation.

Only unruly persons would consider puncturing the tyres of vehicles belonging to EC official attending a meeting.

As suggested in a previous commentary, we did state and do so once more that the botched action was authorized by the NDC as a party. A political party whose cornerstone is violence and outright breach of the laws of the land has no business seeking power from the people.

The EC deserves maximum security because the political predators represented by the NDC are desperate and intend plunging the country into chaos, a project which is stillborn though.