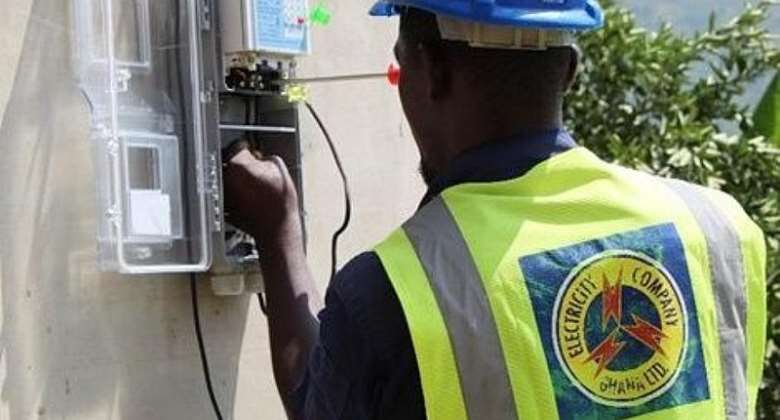 An unemployed man is in the grip of the police for allegedly stealing prepaid meters from the Electricity Company of Ghana (ECG), and selling them to the public.

The meters are among some 60 officially assigned prepaid meters for applicants at Nungua, Accra, but the accused person allegedly stole them.

The accused, according to police investigation, was working with one Robert Annang Adu, who is currently at large.

His arrest was facilitated by reports made to the Kpeshie Divisional Police Command by Samuel Korley, the Nungua District Technical Officer of ECG, about rampant prepaid meter thefts in the area.

The accused was yesterday dragged before an Accra Circuit Court and charged with one count of stealing, but he pleaded not guilty.

The court, presided over by Afia Owusuaa Appiah, granted him GH¢60,000 bail with three sureties, one of whom must be a public servant earning not less than GH¢2,500 per month.

The case was adjourned to June 11.

Presenting the facts, Inspector Samuel Ahiabor said the Kpeshie Divisional Police Command has been receiving complaints of theft of ECG prepaid meters within Nungua and its environs.

He said on April 22, 2020, the police received information from a witness that the accused person and two others (at large) had stolen some electricity meters and kept them in a room.

“Police proceeded to the said location where the accused person was arrested with one of the stolen ECG prepaid meters in his hands. A search conducted in the room of his accomplice, Robert Annang Adu, close to the scene of the arrest revealed four pieces of prepaid meters belonging to ECG.”

Inspector Ahiabor told the court that when the accused person's room was subjected to a search, another three-faced ECG prepaid meter was retrieved and the accused mentioned Robert Annang Adu as his accomplice.

“Police investigation revealed that from January to early April, the accused person and his accomplices have stolen several ECG prepaid meters officially assigned and installed for some applicants within Nungua and re-assigned them to unsuspecting residents at the cost of GH¢600 per meter,” the prosecutor told the court.

He said the ECG officials identified the prepaid meters as properties of the power company and said the stolen items were among 60 pieces of meters reported to have been stolen.

“During investigation, the accused further led police and officials of ECG through Nungua town and pointed out additional five pieces of ECG prepaid meters which were among numerous meters the group had stolen from victims and re-installed them for the unsuspecting customers.”

The meters, according to Inspector Ahiabor, were disconnected and removed, and 11 pieces of stolen ECG prepaid meters were retrieved during investigation.