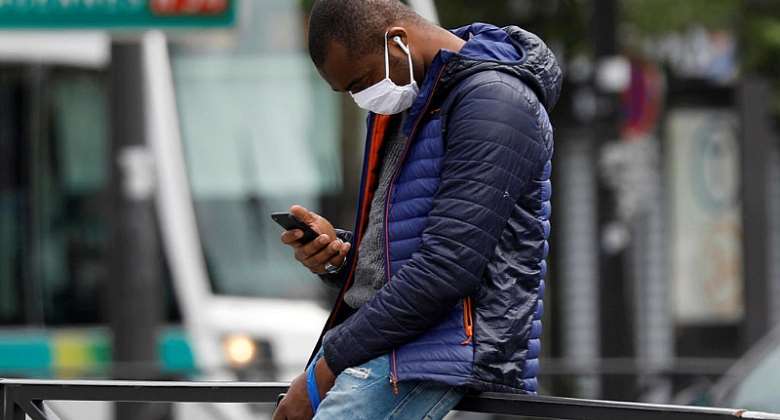 French lawmakers on Tuesday approved a road map for gradually lifting the nationwide confinement imposed to slow the spread of Covid-19, though the government has warned it could change if a second wave emerges. Here are the key points.

France has been in lockdown since noon on Tuesday, 17 March, with schools and many business having shut their doors a few days earlier. With the epidemic now on the decline, the government has detailed how the country plans to emerge from confinement.

Key points
1. Timeline
Confinement measures will be lifted at different rates in different areas, and over two three-week periods. A first phase will begin 11 May and a second three weeks later, on 2 June, according to the level of the epidemic at that time. By 7 May, health officials will classify the country's administrative departments as “green” or “red”, according to the presence of the virus, and less-affected areas would have more leeway in lifting restrictive measures.

2. Masks
Philippe promised protective face masks will be available for all from 11 May. They will be obligatory for employees and the government will help small firms obtain them for workers if need be. Five million masks will be made available each week to the most vulnerable people. Philippe did not provide a specific target for the total number of face masks the government would make available. Philippe downplayed the role masks could play at the start of the epidemic, when France was struggling to equip its doctors and nurses.

3. Tests
The government aims to have the capacity to carry out 700,000 virological tests per week for people showing symptoms of Covid-19, to isolate patients with positive cases (either in their homes or in requisitioned hotels) and to deploy "brigades" to identify who patients have been in contact with. “Once a person has tested positive, we will begin to identify and test all those, symptomatic or not, who have had close contact with them,” Philippe said. “All these contact cases will be tested and will be asked to isolate themselves for 14 days.”

4. Back to school
Sending children and youth back to school will be voluntary and on a much different schedule than previously announced. Creches, maternal schools (ages 3-5) and primary schools (ages 6-10) will open nationwide on 11 May, though most likley on a part-time basis to be determined. Junior high schools known as collèges (ages 11-14) will also reopen on a reduced basis, with distance learning maintained for senior-level pupils in “red” departments. High schools, known as lycées (ages 15-17), will reopen on 4 June at the earliest. Teachers and staff at all levels, and pupils from the collège level, will be required to wear masks.

5. Back to work
Companies are asked to have staff work from home as much as possible and to provide masks and ensure adequate distancing measures for staff who do come to the workplace.

6. Public transit
Distancing and face masks will be required on public trains, buses, tramways and other services. Public transport in Paris will operate at 70-percent capacity and be reserved for workers during rush hour.

7. Reopening businesses
Shops, markets, libraries and small museums will be allowed to open on 11 May. Bars, cafés and restaurants will remain closed until at least the end of May, as will large museums, movie theatres and concert halls. Officials at the department level will decide whether to reopen large shopping centres. There will be no large sports events or festivals gathering more than 5,000 people until at least September.

8. Restrictions on movement
It will no longer be required to provide a self-filled "attestation" showing the reason for being out of one's residence, obligatory since 17 March, but travelling more than 100 kilometres from home will only be allowed for work or family reasons.

9. Tracking
Possibly owing to pressure from opposition lawmakers and civil rights groups, the government has postponed debate and vote over StopCovid, a contact-tracking smartphone app that has raised concerns about surveillance and data privacy. The government also postponed a vote to prolong an emergency law on enforcing confinement measures into late July.

10. Second wave
Philippe said any plans to ease conditions of lockdown courted the risk of a second wave and that confinement would be lifted slowly "to verify that we're on top of the spread of the virus".The plan suggests France is looking to move from confinement mode to prevention mode, with a strategy along the lines of South Korea, Hong Kong and other sites that were well equipped to handle the epidemic from its first signs.

Philippe added lockdown will not be lifted on 11 May if tests were confirming more than 3,000 new cases per day.

“If the indicators aren't where they are supposed to be, we will not come out of this period of confinement on 11 May,” Philippe warned. “We could make it even stricter.”