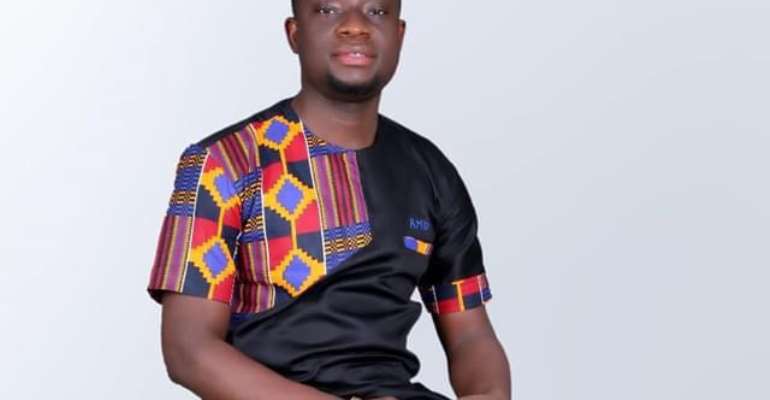 Randall Dobayou, the wolf in sheep’s clothing; an incompetent and fraudulent character gearing to become the Executive Director of the Environmental Protection Agency (EPA), having walloped in the gross misuse of power during his short stay at the EPA is exploiting the Environmental Social Impact Assessment (ESIA) permitting process for his gains and short-changing the Agency in fines imposed against violators.

In the quest to achieve his evil objectives, Randall contradicts section 55, subsection 1, 4, 5 and 6 of the EPA’s Environmental Protection and Management Law (EPML) 2002/03, which among another thing states that any person who illegally imports a hazardous chemical or substances should be fined an amount between US $10,000 to US $50,000 or the equivalent of 20 years imprisonment. But, the Deputy EPA Executive Director told KMTV on Tuesday, 28 April 2020, during a press interaction that Jetty Trading Corporation paid the amount of US $1,400, which is in contravention of the EPML – as fines to the Government Revenue Account through the Liberia Revenue Authority (LRA). Shockingly, senior staff from Dobayou’s office informed this paper that Dobayou maneuvered to get the Jetty Trading Corporation to give him US $10,000 on the night of Sunday, April 26, 2020. Dobayou's acknowledgment of Jetty Trading Corporation paying an amount far less than what was required by the EPML points to a smoking gun of fraud.

Additionally, Dobayou, who has turned himself into a ‘talking tom’ of late, is commandeering the function of the EPA Board of Directors to initiate the exodus of senior managers just weeks after the suspension of the Executive Director of the Agency.

During his interaction with the media at his office on April 28, 2020, the Deputy Executive Director, Dobayou alluded to the fact that he has suspended three persons including two managers, and one assistant manager pending the investigation into claims of administrative malpractice with no due process – a symptom of power toxin.

In an article published in the New Republic newspaper on Monday, April 27, 2020, the Deputy EPA Executive Director, whose only experience is characterized as a college-placard-protester, took a sweep at his suspended boss, that a syndicate is busted, but fell short of saying what the syndicate is. He further claimed that the suspended senior staff allegedly pocketed US$4,500 of an Environmental and Social Impact Assessment(ESIA) fees paid by the proponent. Nonetheless, this paper has revealed that the said amount was paid in the EPA’s account – contrary to the false allegations by Dobayou.

Information abounds that the claim of pocketing fees is only an amalgamation of falsehood wrapped in a sinister ambition to ensure that the suspended EPA boss does not return to the EPA; thus, the incompetent ‘college expelled’ Dobayou would be patronized at the helm of such a technical and scientific institution. It is mindboggling that the Deputy Executive Director is busting pseudo-syndicate when all attentions are turned to the Covid-19 outbreak. More besides, records are available to ascertain that the fees were paid to the EPA account with receipt of confirmation - reflecting on the EPA’s account statement, a source from the EPA said.

The Facts Behind US$4,500 Fees
An investigation unearthed by this paper further revealed that Dobayou had requested that this money be paid to him in person but the three individuals that fell prey to his suspension venom refused to allow the laid down payment procedure to be circumvented for the personal interest of the Deputy Executive Director.

Although the suspended senior staff have declined to speak on their suspension on professional grounds, it is established that the trio decided to uphold their integrity against anyone’s sinister motive. This stance from the suspended individuals put them on the eye of Dobayou’s knife.

Out of malice, Randall Dobayou convened an emergency Senior Management Meeting and announced to the full glare of other employees that he would take “administrative action” against the three staff for not bowing to his whip and caprice to ensure the money was given to him for personal agenda.

Pundits have opined that it is evident that Dobayou is running amok to besmear the reputation of these professional young people as well as undermine his suspended boss because he is eyeing the Executive Director’s post if the leadership buys his frivolous scheme.

Additionally, what is even more questioning and raises serious concern, is the hasten nature by which Mr. Dobayou has been making decisions without crosschecking the facts or waiting on the outcome of the Investigation on the entire ESIA process and it‘s financial dealing throughout two (2) months.

Presently, Mr. Dobayou has failed to justified the basis by which he chooses to issue a fine of one thousand four hundred United States Dollars (US$1400.00), the lowest fine ever imposed by the Agency, and releasing the seized consignment of Jetty Corporation and its York Trading, without complying with the Environmental Social Impacts Assessment (ESIA) process of the EPA which required the development of an Environmental Management Plan via an independent Environmental Consultant to manage the life cycle of the usage of the chemical in Liberia.

The half-educated Deputy Executive Director is now the loudest talkative in town with claims of having integrity despite the falsity in his academic records.