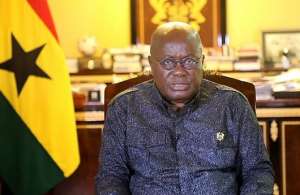 The Caucus for Democratic Governance, Ghana (CDG-Gh) has registered with concern the complex politics going on in this period of COVID-19. On the 20th of April, the President, in spite of admonitions from medical experts including the Ghana Medical Association, (and increases in COVID-19 death toll) decided to lift the partial lockdown.

The President using English phonetics and cleverly constructed sentences to help cement his intentions spoke to Ghanaians around 9.00pm. Unimpressed by the address, many medical authorities came out to criticize the bloated figures the President presented. The figures did not reconcile with the realities. Soon after the lifting of the partial lockdown, the NIA came out vigorously to register in the Eastern Region. The Electoral Commissioner Madam Jean Mensah obsessed with the concept of a new register, quickly called a meeting to facilitate the new registration, thus breaching the social gathering law.

Does the EC not respect the social gathering law ordered by the President? Is she not prepared to obey the law meant to protect the citizens of Ghana from the COVID-19? Why has the Police not arrested the EC chairperson as they have done in other cases? Can the silence of the President and Police be a positive political signal for a new register in spite of impediments? Can we conclude that the President is more interested in his political destiny than chasing COVID-19 out of Ghana? These are questions that keep worrying Ghanaians in times like this.

Just yesterday (26th April) the President came again with information on COVID-19. This time, there was no doubt about his political orientations and double standards. He promised the people, he was going to build 88 hospitals across the country. This indeed, came as a surprise to many. The President is three and a half years in office and has not built even one hospital. Worrying is the fact that former President John Mahama left many uncompleted hospitals which the President pretended not to have seen, in spite of the importance of the health sector.

In the NPP manifesto, it is stated clearly that the Government would build 135 SHS. Out of the 135, not even one has been built. Many promises made to the Ghanaian have turned out to be lies. Mr. President, which social development projects can you point to as a product of your four years rule?

Secondly, the people who voted you into office complain of fear and intimidation. If schoolchildren are kidnapped and killed; if media personnel is beaten, and others killed, in the course of their duty, if by-elections become bloody, then you cannot be a good Government. Mr. President your Government is a bad Government and cannot and should not be given a second term. We need a Government that will develop the social, economic, and human resources of Ghana.

As a developing country, we run the risk of running in circles instead of moving forward in consensus. In such critical moments, should the personal and political interest of the ruling elite overshadow the interest of the Ghanaian people, we stand to fail as a Nation. As I write 11 Ghanaians have died from COVID-19 infection.