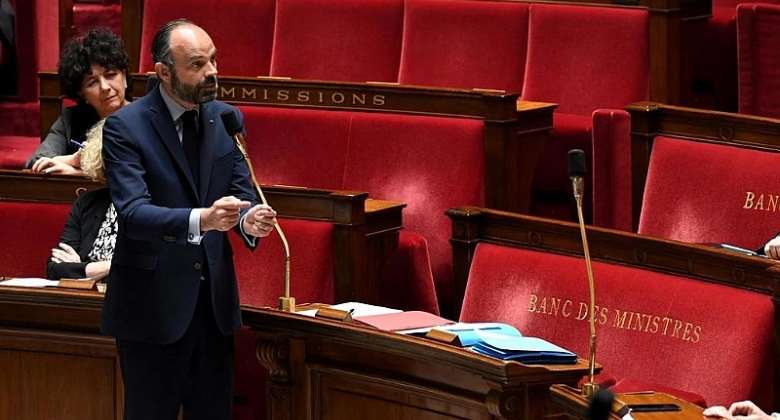 French Prime Minister Edouard Philippe is to reveal the government's strategy for lifting lockdown measures as of 11 May. The proposal will be debated Tuesday in the National Assembly ahead of an expedited vote. However, some members of the opposition have called for a boycott, saying two hours of debate is not enough.

The rules will apply to the first three weeks of "deconfinement" from 11 May and will be reviewed in June.

The government has already said it wishes this strategy to be "reversible, progressive and adjustable" to protect the health of citizens as well as reboot the economy.

One of the most contentious aspects of the proposal is the government's plans to introduce electronic tracking of Covid-19 patients with the implementation of the StopCovid phone app, which has come under fire from all sides over privacy issues.

No time to debate

Due to confinement measures, only 75 MPs out of 577 will be present in the National Assembly on Tuesday.

Although the vote carries only symbolic weight, opposition members are concerned that not enough time has been allocated to discuss the measures in detail, and that a vote on the same day would be premature.

The leaders of five major parties on Monday sent a letter to the prime minister asking for a 24-hour delay in the vote, but the request was refused.

Damien Abad, lower house leader for the conservative Les Républicains (LR), told France Info on Tuesday that his party members "would abstain massively from voting" on the Philippe's proposals – and certain ministers would vote against it.

Abad said he regrets that his party's 104 MPs had no time to discuss and exchange on the prime minister's proposal before the vote.

He also described the lockdown exit strategy as "vague and uncertain with many contradictions".

The leader of the far-left France Unbowed party, Jean-Luc Mélenchon, slammed National Assembly president Richard Ferrand's decision to delay the vote, calling it a form of "political quarantine" and a way to muzzle any rebel voices within the ruling party.

"The refusal by the government to postpone the vote is just one more example of brutality. The Macronist regime is overflowing with violence; within the police, the legal system, and the parliamentary system," he wrote on Twitter.

The President of the UDI group, Jean-Christophe Lagarde has also indicated that he would call on his members to boycott the vote.

Public confidence in the government over its plans for the next phase of the crisis appears to have dropped to an all-time low.

According to a poll conducted by Odoxa-CGI for France Inter, L'Express newspaper and regional press on Tuesday, six out of ten French people do not have confidence in the government's plan to successfully guide the country out of lockdown.

Consumer confidence is also on the wane, according to national statistics body Insée, which measured a historic drop of 8 points in April compared to March, the biggest dip since the scale was introduced in 1972.

The key concern for households is the evolution of the job market, which has taken a hit since the beginning of the epidemic.

The work ministry reported a seven percent increase in the number of unemployed people in the month of March, it's highest increase since 1996.