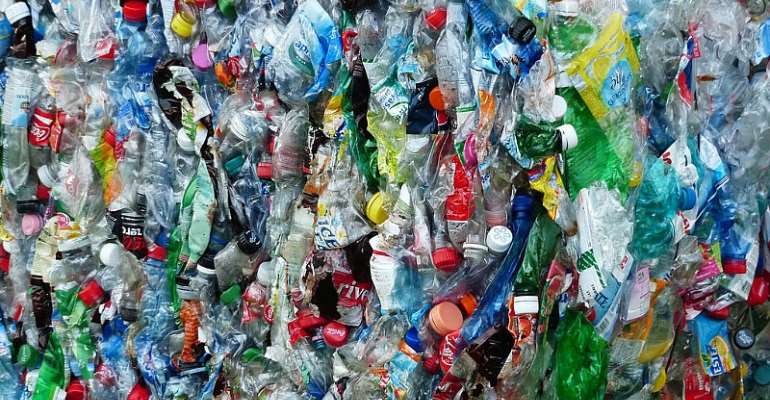 The Covid-19 pandemic has forced oil consumption – and oil prices – down to a record low. Environmentalists are rejoicing, but unknown to many people, and largely unreported, oil companies have been gearing up to cover their losses by massively boosting plastic production – oil being the core component of most plastics we use in daily life.

The Covid-19 pandemic may prove to be a turning point for the oil industry. Already suffering from overproduction and decreasing oil prices, the oil markets suffered a major hit this year when the pandemic forced people worldwide into confinement.

Air travel is down to private jets and cargo planes. Private cars are gathering dust on parking lots. Oil prices reached an historic low on April 21, when the WTI futures market nosedived below zero.

But while many are happy with the decrease in air pollution this implies, some are sceptical.

"It is terrific that there's less airplane travel and less transportation," says Judith Enck, a former administrator with the US Environmental Protection Agency and now President of the environmental platform Beyond Plastics, "but it's certainly not a clean air strategy. It shouldn't take a global pandemic to improve air quality worldwide."

Tsunami of plastics
But the oil industry does see its profits melting away, a process that's been going on for a year, and is now pushed to the edge by the virus.

One of the solutions: a shift to producing more plastics.

According to "Oil from a critical raw material perspective," a report published by the Geological Survey of Finland, which describes the economics of the industry in minute detail, some 10% of global output of oil refineries, 650 million tons per year, is used as feedstock by the plastics industry.

"Demand for plastics has outpaced all other bulk materials (such as steel, aluminum or cement), nearly doubling since the start of the millennium," according to the report.

The oil industry is increasingly looking "for a replacement market, knowing that fossil fuels are not going to be so dominant in electricity generation and also transportation, as more people turn to electric vehicles and electric buses," says Enck.

"So what they have focused on is single use plastic packaging being their replacement market." The effects already became visible in day-to-day life over recent years.

"If I go to the supermarket, I can't buy a loaf of bread without it being wrapped in plastic," she says.

One example of oil giants diversifying into plastics is the construction of the giant, $6 billion Shell Pennsylvania Petrochemicals Complex, consisting of a ethylene cracker with a polyethylene derivatives unit.

Its 8000 workers are to produce 1.6 million tonnes of polyethylene each year. Polyethylene is used in many everyday products, "from food packaging and containers to automotive components."

Construction on the plant is temporarily halted because of the Covid-19 crisis.

No penalties for pollution
But thanks to the Covid-19 pandemic, the US Environmental Protection Agency (EPA) issued a "enforcement discretion policy," which loosens environmental protection regulations.

"The EPA does not expect to seek penalties for noncompliance with routine monitoring" of possible violations of environmental laws, which, according to critics, may result in unstemmed pollution.

The President of the Plastics Industry Association, Tony Radoszewski, wrote a letter to US Health Secretary Alex Azar, protesting sharply against a "push to eliminate single - use products at the local, state, and now even the federal level."

He cites studies that show how "reusable bags can carry viruses and bacteria, spread them throughout a grocery store, and live on surfaces for up to three days."

He asked the White House to "stop the rush to ban these products by environmentalists and elected officials."

Enck rejects the letter as a "misleading, self-serving spin."

"The pandemic may have temporarily driven the environmental movement off the streets and onto the internet, but that doesn't mean polluting industries will get away with spinning it for their own selfish aims at the expense of the environment and public health," she writes in an op-ed in Newsweek.

She also rejects the industry's insistence on recycling. "Plastics has a recycling rate  of 8.5%. "So that means over 90% of plastics sold on the market is not recycled," and ends up on rubbish belts, or, more likely, in the sea, where it decomposes into minute particles, that are eaten by fish, "and ultimately by us if we consume particular types of seafood, like shrimp, oysters or mussels," she says.

The regulations include bans on single-use plastic cutlery, cotton buds, straws and stirrers to be banned by 2021; 90% collection target for plastic bottles by 2029 and more stringent application of the “polluter pays” principle.

The EU hopes to complete the final steps to bring the new rules into force in 2021.

Low remuneration of bankers could cause some bankers to leak...
8 minutes ago

We'll not allow this old man Akufo-Addo and his old men gov'...
35 minutes ago