The Clash Of Science, Religion And Politics, A Local And Regional View 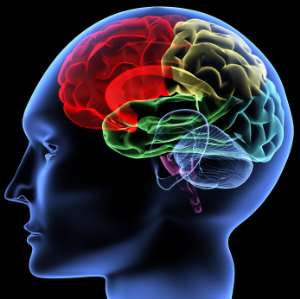 These three populations have great followers but have managed to set them against each other in ways unimaginable in the wake of the COVID-19 pandemic. Great and solid economies are crushing down under the horrendous weight of the pandemic. But a silent clash among science, religion, and politics seems to be unwinding the wheel of progress in the fight against the coronavirus.

Scientists have buried themselves in the labs searching for all strains of information on COVID-19 to help humanity overcome this dangerous disease. While some are barely sleeping in hospital wards providing lifeline support for sick persons, others are sitting in policy meetings to craft workable protocols to help all of us.

Information from the scientific community concerning the coronavirus is evolving. This has shaped and influenced the periodic precautionary protocols that are implemented to interrupt the spread of the virus.

Automatically and naturally, science has become the senior prefect among all other populations, dictating the pace of the fight against the pandemic. But has it received the needed cooperation and support of the others?

The religious community have almost dogmaticaly held on to faith in God as far as coronavirus is concerned. While science is believing itself for a breakthrough, religion is believing God for healing. Much of episcopal arrogance has been displayed by sections of the religious populace, shouting for a superiority seat. This can be confirmed by some persons (clergymen) who are in court for violating the lockdown prescriptions. Some have even been jailed already. Why should this happen in the first place?

The leaders of this community have forgotten that their presumptuous faith cannot cover or work for the individual members in their fold for which reason precautionary protocols must just be followed. After all, the virus does not attack groups or communities but individuals, one at a time.

Initially, Christian and Muslim communities were very unhappy about the politicians imposing restrictions and lockdown purportedly on the loud advice sung from scientific lyrics. Could it be that religious moguls were crying for the anticipated loss of revenue or wondering if their members would return to their pen/fold intact after the lockdown? It's a question. As to who their anger may be directed, whether science or politics that depend on each other to pull out the lockdown, it's unclear.

While this is going on, politicians are standing in the middle, tossed by both of them. They are thinking about the impact of the pandemic on economic growth rates, job losses and other convenient statistical coinage on the economy. Is it possible that these concerns are facially in the interest of their people but with more implicit mechanisms designed and projected to harvest expected votes? Many governments are therefore, rushing with poorly thought through interventions to achieve two aims: first, to assuage the unexpected pain and suffering of the people but secondly also, to secure an indelible reminder in their minds for their votes when time is due.

Around the world, fine Democrats are poking the scenes and turning into benevolent dictators in the wake of COVID-19. Some are also hiding behind the pandemic to express in worse forms of autocracy and dictatorship. Indeed, they don't want to be seen as weaklings in the midst of the science-religion drama. So they bark so violently with ferocious grim.

But science and religion have managed to confuse politics in the fight. Should it believe science or religion? This is the silent question that has insidiously engaged the minds of most presidents around the world. Indeed, it is the most difficult time to be a politician and a president of a nation for that matter.

In geopolitical dimensions, nations are trading accusations and criticisms against each other. China has received a barrage of criticisms for not doing enough to help the world in the wake of the outbreak of the coronavirus later in 2019. The United States accused China for being responsible for the woes of the world under this pandemic. It has initially referred to the virus as Chinese virus, angering China severely. It also accused the World Health Organisation (WHO) for not declaring the disease a pandemic at the right time, a claim vehemently denied by the UN body. Consequently, the US has threatened to withdraw its funding support for the WHO, calling for the overhaul of its leadership.

The pandemic has revealed the weak leadership experience in some countries (especially in Africa), expressed in the many years of neglect of various sectors of their economies with particular spotlight on education, health, research, industry, agriculture and social services, among others. Coronavirus has not made leaders but revealed their strengths, weaknesses, priorities and perspectives in relation to their populations.

An important area to engage our attention in this present crisis is the kind of leadership that is projected. This is the leadership that is bold, encompassing, unifying the population of experts and masses as well as seen to be sacrificing to end the virus spread. Collectively, there has been little or no inter-regional and cross-country leadership to handling the crisis.

Where is the fight against the pandemic heading? When politics turn against science and religion stands aloof, what becomes the fate of the fight in a pandemic? It is important to note that these three populations cannot stand or work effectively in isolation. The earlier they rally together against the pandemic the better for humanity.

It is understandable that in many jurisdictions, some religious groups, corporate entities, well meaning individuals and professional bodies have done different beautiful deeds to complement the efforts of front line health care providers and governments. But the question to answer frankly is whether these thoughtful gestures are sufficient enough for a pandemic with a chameleon-like nature we are faced with.

In all these drama, everyone's life is in the balance if the clash is not terminated and eliminated as soon as possible. Families, businesses and individuals are at greater risk of the fall-out of the Clash rather than the threats posed by the pandemic itself. Health workers can grow frustrated, weary and give up on citizens and then, politicians will fail while religious folks will have nobody to believe God for.

In the end, the common denominator - the masses - will perish. The way forward is for the constituencies of science, religion and politics to call a ceasefire, unite and present an unbreakably common front in the fight against the coronavirus pandemic. This is what our collective existence depends on now.

After all, we are all fighting for survival but no single constituency will survive in isolation. Let's do it together. The time is now or never.