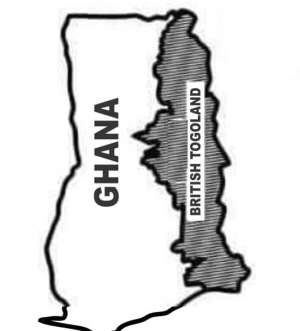 United Freedom Fighters (UFF), a separatist political group in Ghana has called on the Ghanaian government to protect properly the citizens of the territory whose independence they are agitating for, British Togoland in the deadly COVID-19 pandemic era.

In a press release copied to WestAfrica24.com, the Chairman of the group, Mr. Raphael Tettevi lambasted the president of the country, H.E Nana Addo Dankwa Akufo Addo for lifting the lockdown after numerous call on him to not lift the lockdown. According to him, the lockdown is one of the best ways to stop the rapid spread of the coronavirus.

The separatist leader further stated in the press release that the president of Ghana should have even totally locked down the country in order to prevent people from running to villages after they cannot withstand the lockdown in Accra and Kumasi.

Below is the full statement;
The United Freedom Fighters (UFF) received with shock and disappointment the decision of President Akufo Addo to lift the restrictions imposed on some parts of Greater Accra and Ashanti regions. The separatist party is of the view that the decision was premature, unreasonable and most importantly very dangerous. The government ignored wise counsel to extend the lockdown and even impose a total national lockdown in order to contain the spread of COVID-19.

Had the president closed down our borders in time, we would have had fewer cases but that was not the case. The president should have locked down Greater Accra and Ashanti regions totally so the imported cases could be contained and not spread to other parts of the country. If Ghana, a 63 year old nation could not afford to lock down two out of sixteen regions completely and feed the people then what has successive government's been doing all these while? Ghana is a 63 year old nation without a national I.D. Card and data. The nation Ghana does not have any proper address system, 63 years after independence. Surprisingly, the president and communicators are not shy saying some of these things publicly. Meanwhile this 63 year old visionless nation spent a huge sum of money just recently on drawing imaginary administrative lines to increase the number of regions. This nation, with a vast arable land, imports most of its food and in these difficult times is likely to put the citizenry in a lot of hardship.

It is important to notice at this point that at the onset of the pandemic, there were only two laboratories that had the capacity to conduct tests. Both of these laboratories are in Ghana and none in British Togoland, taking into consideration the fact that, Ghana as we have it now is supposed to be a union of two nations. This kind of discrimination in development is seen in all aspects of nation building. British Togoland has no sports stadium when Ghana has at least five. British Togoland has no airports as Ghana has two international airports and a number of local airports. These are topics for discussion on a later date.

I will like to end this piece by motivating the citizens of British Togoland that even though the government continues to discriminate in these difficult times, we should rest our hope in God. Our grandparents and heroes who lost their lives in defending the territory are also watching. The gods of our land are not resting. Our collective defiance against the oppressors rule will surely lead us to the Promised Land. The time has come to reject and drive away the oppressor not later but now. The United Freedom Fighters has come to take British Togoland to the Promised Land.

Disregard the criminal elements among us who are still going round deceiving our people about our separation from Ghana. God will surely reward them according to their deeds. Thank you.