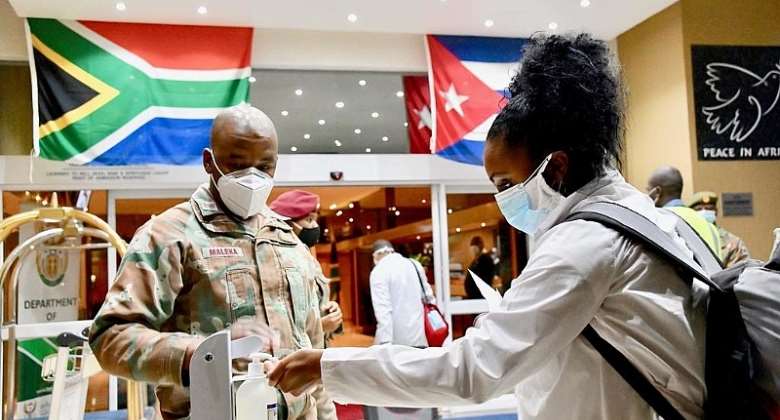 In an effort to help the second hardest-hit country on the African continent, more than 200 Cuban doctors have arrived in South Africa to help overwhelmed hospitals deal with the spread of the coronavirus.

The 217 doctors, including epidemiologists, public health experts, general practitioners and healthcare technology engineers, were met by a group of South African ministers on arrival Monday.

South Africa's official figures on Monday stood at 4,546 cases of Covid-19 and 87 deaths.

The doctors will be tasked with aiding the door-to-door screening campaign that started in April. Some 168,000 people have already been tested, including 13,500 in Gauteng province, where the majority of cases are located.

This is Cuba's second mission of medical support for the region since the Covid-19 pandemic began. More than 250 doctors were sent to Angola earlier in April to help combat coronavirus.

As South Africa grapples with stopping the spread of the virus, the country marked its 26th independence anniversary on Monday.

Politicians spared no words to highlight the glaring socio-economic disparity between the classes and races in dealing with Covid-19.

“The corona outbreak has brought into sharpest focus, the ... inequalities that exist between black and white people in South Africa,” said Julius Malema, the head of the populist opposition party Economic Freedom Fighters.

According to inequality trends in South Africa released in November 2019, whites earned three times more than blacks, 25 years after apartheid.

Malema frequently points the finger at the white elite, but he himself has been accused of being part of South Africa's growing black elite.