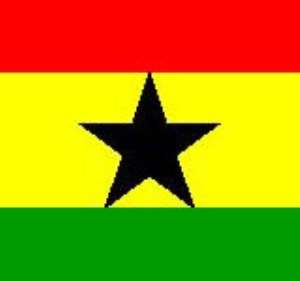 Not far or fast enough, might be the pessimist's overall response to a report, which paints a picture of a continent still dissatisfied with the progress it is making.

“Hope…springs eternal,” as the report notes, citing political and economic patience in Africa, often in the face of slower than satisfactory progress.

Ghana however stands out from the crowd, with especially marked improvement on the responses recorded in Afrobarometer's Round 1 surveys for the 2000 report (in Ghana, research was actually carried out for the first round in July and August of 1999, when president John Jerry Rawlings's government was still in power).

The Afrobarometer, the third of its kind, aims at seeking the “views from below” of ordinary people living in 12 sub-Saharan African nations – Botswana, Ghana, Lesotho, Malawi, Mali, Namibia, Nigeria, South Africa, Tanzania, Uganda, Zambia and Zimbabwe.

It is based on three rounds of independent, non-partisan Afrobarometer public opinion surveys between 1999 and 2006, conducted in Ghana by the Centre for Democratic Development.

Ghana has been the second most successful country in tackling corruption or perceived corruption, according to the findings: whilst in 1999, 85 percent of Ghanaian respondents said they perceive corruption in most or all national government officials in 2005, just a third of Ghanaians (33 percent) gave the same response – a decrease of some 52 percent. Only Tanzania has been more effective with attacking thrift, with corruption perception there down from 69 percent to 16 percent now the lowest of any country surveyed.

Ghana also stands out from the report as a country where democracy is progressing apace, with confidence in the democratic system strengthening significantly over the past six years.

Whilst just 54 percent of those asked in 1999 say they were “satisfied” or “very satisfied” with democracy – compared to an Afrobarometer average of 58 percent – this figure rose to 71 percent in the second round of research, conducted in Ghana in August and September 2002 during the New Patriotic Party government's first term of office.

By August and September 2005 when the latest survey was carried out, 70 per cent of Ghanaians still said they were content with democracy in the country.

Meanwhile, the continent-wide average had slipped to just 45 per cent: across the 12 African countries surveyed, satisfaction for democracy had decreased on average by 13 per cent whilst Ghana witnessed the biggest swing in favour of her new democratic government – 16 percent.

In addition, support for democratic institutions in Ghana was up from 56 percent in 2002 to 69 percent just three years later and the personal approval rating of president Kufuor is up 2 per cent from 2002 to 76 per cent last year.

The Afrobarometer average for president's approval is 66 percent with Robert Mugabe of Zimbabwe achieving just 27 percent and Levy Mwanawasa of Zambia scoring 42 per cent.

On other fronts, Ghana is cited as the country with the lowest levels of hunger – 35 percent in 2005 compared to the average of 56. The need for the international community to heed the UN's call for immediate food aid and support to the southern African nations at risk of famine was evidenced by responses: 82 percent of Zimbabweans and 71 percent of Malawians all said they had gone without food at least once in the last year.

Ghanaians also expressed a general support for government's social policy performance, its efforts to reduce crime regarded by participants as the third most successful behind Malawi and South Africa. Whilst in 1999 only 56 percent of Ghanaians considered crime reduction to be fairly well, or very well, handled by the government, this had risen to 71 percent by 2005.

Unemployment among Ghanaians had fallen from 51 percent in 2002 to 40 percent in 2005, with no figures available for 1999, making Ghana the country with the highest drop in unemployment rates of all 12 courtiers surveyed.