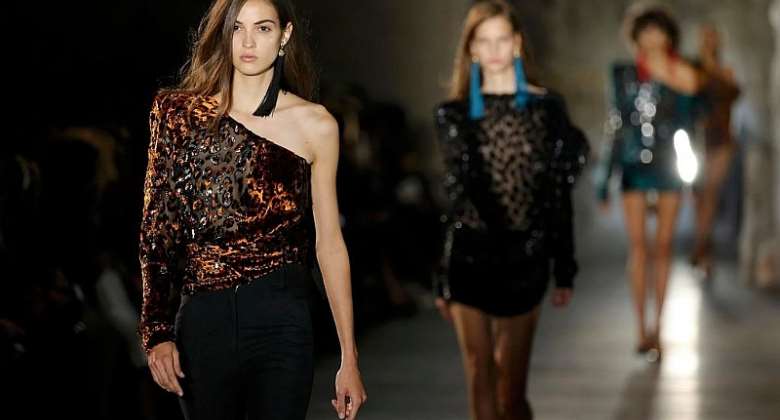 The French couture fashion house Yves Saint Laurent has announced it will not be participating in Fashion Week for the rest of the year due to Covid-19 concerns. The move is seen by many as a rebellion against the frenetic fashion calendar.

According to the French Federation of Fashion and Haute Couture, there are at least six fashion shows per year, including men's, women's and haute couture.

For fashion houses such as Yves Saint Laurent, head designer Anthony Vaccarello hinted that the heavy schedule is more of a burden than an organised output of creativity, saying on social media that YSL would take back “ownership of its calendar” and “launch its collections…driven by creativity.”

“Conscious of the current circumstance and its waves of radical change, Saint Laurent has decided to take control of its pace and reshape its schedule,” Vaccarello stated in a social media post.

“Now more than ever, the brand will lead its own rhythm,” he added.

Slave to fashion no more

Vaccarrello's comments reflect those of Italian fashion designer Giorgio Armani who said last month it was time to “cut the superfluous” in fashion and cut back on the strict schedule.

Armani is one of the storied Italian fashion houses who rededicated their workshops to churning out masks and personal protective gear for front-line health care workers in Italy who are handling Covid-19 patients.

Italy is one of the hardest hit by the Covid-19 outbreak; as of Monday, 197,675 cases were registered, the third-largest hotspot in the world. Some 26,644 people have already died in Italy, according to the Johns Hopkins Covid-19 watch.

“The times we are living in are turbulent, but they give us a unique chance to see what is not working, to cut out the superfluous, and find a more human dimension to it,” said Armani in a letter to Jetset magazine last month.

“That is perhaps the most important lesson of this crisis,” wrote Armani.

A number of fashion commentators applauded Belgian Vaccarello for making a bold move, but the coronavirus has made many question the hyper-consumption of fashion, from the throwaway fast fashion of high street retailers to haute couture. Fashion campaigners Fashion Revolution have called for a more ethical form of fashion that is safe and fair to those who make fashion, but have also called for an end to overconsumption.

Fashion designers have long complained that they were burnt out by the demands of the strict schedule of six or more collections per year.

“Saint Laurent will follow a plan conceived with an up-to-date- perspective, driven by creativity,” wrote Vaccarello.

Gov’t will build houses for displaced victims of Appiatse ex...
13 minutes ago

‘My courtroom is as hot as oven’ – Justice Kwoffie laments f...
13 minutes ago