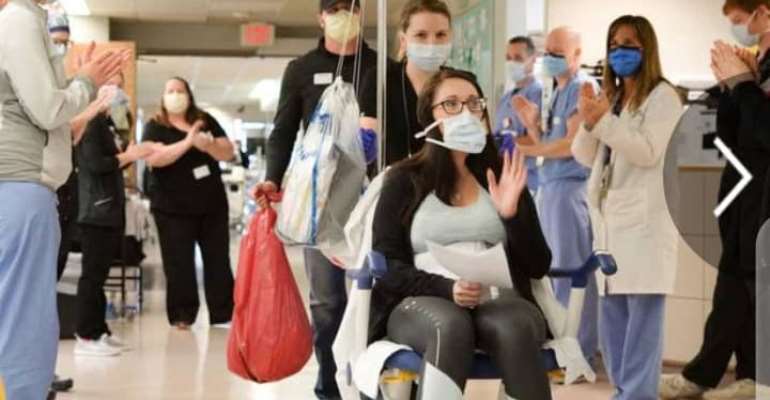 A 27-year-old woman has recovered from the novel coronavirus in the US after giving birth while on ventilator.

Media reports from the US say the survivor, Megan Sites, was put on ventilator and sedated after coronavirus case became severe.

Doctors in Ohio are said to have performed a cesarean section after her lung collapsed.

The COVID-19 survivor gave birth to her son Jameson while attached to a ventilator, according to reports.

Megan Sites was seven months pregnant when she was rushed to Joint Township’s emergency department on April 1.

After testing found that she had the coronavirus Megan, who was still conscious, was put on a ventilator, according to reports.

Odododiodoo: ‘Impotent’ Police Cause Of Constant Clashes – ...
11 minutes ago