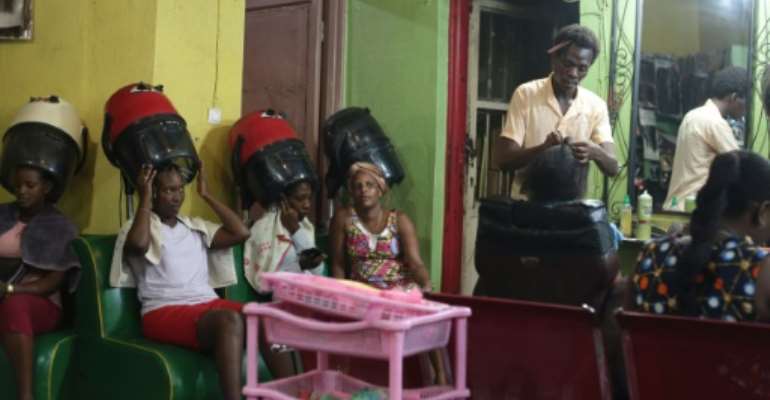 Few precautions have been taken for the campaign period. By Tchandrou Nitanga (AFP/File)

Burundi on Monday launched a campaign for next month's presidential, legislative and municipal elections with giant rallies, brushing aside concerns about the coronavirus and reports of violence against the opposition.

Seven presidential candidates are running in the May 20 polls in the small East African nation, where life has proceeded largely as normal with authorities claiming God will protect citizens from COVID-19.

The ruling party and the main opposition held rallies Monday that drew tens of thousands of supporters -- the kind of large gatherings that have been banned in many other parts of Africa and around the world.

Burundi has recorded 15 cases of COVID-19 and one death, though testing has been extremely limited in this country of 12 million.

Few precautions have so far been taken for the campaign period which ends on May 17.

One politician, a high-ranking member of the ruling CNDD-FDD party, said the electoral commission had issued buckets of soap and water for use during campaign activities but acknowledged this would likely be ineffective.

"We realise that this will be useless. Everybody is obsessed with the electoral stakes... We'll think about the pandemic later," said the politician, speaking to AFP on condition of anonymity.

The opposition says the government's decision to press ahead with the elections is reckless.

Amnesty International, in a statement Monday, said private institutions taking their own preventive measures against coronavirus "had been threatened with sanctions".

General Evariste Ndayishimiye, the CNDD-FDD's presidential candidate, is presented on campaign posters as the heir to President Pierre Nkurunziza, who is stepping down after a tumultuous tenure that began in 2005.

Nkurunziza's controversial decision to seek a third term in 2015 plunged the country into crisis, and the associated unrest killed 1,200 people and forced 400,000 from their homes.

At a rally Monday in Bugendana, in the central Gitega province, Nkurunziza said he backed Ndayishimiye "100 percent", while Ndayishimiye vowed to build on his predecessor's legacy and take development efforts to "a new stage".

Neither man mentioned the coronavirus.

Ndayishimiye's main opponent is Agathon Rwasa, the candidate for the National Council for Liberty (CNL) party.

The CNL chose Ngozi, Nkurunziza's stronghold, for its kickoff rally Monday, busing in supporters from across the country.

Rights groups have accused government officials and the ruling party's youth league, the Imbonerakure, of attacking and intimidating the opposition, journalists and civil society groups ahead of the elections.

"Violence and repression have been the hallmark of politics in Burundi since 2015, and as elections approach and the COVID-19 pandemic unfolds, tensions are rising," said Lewis Mudge of Human Rights Watch in a statement Monday.

'There is little doubt that these elections will be accompanied by more abuses, as Burundian officials and members of the Imbonerakure are using violence with near-total impunity to allow the ruling party to entrench its hold on power."