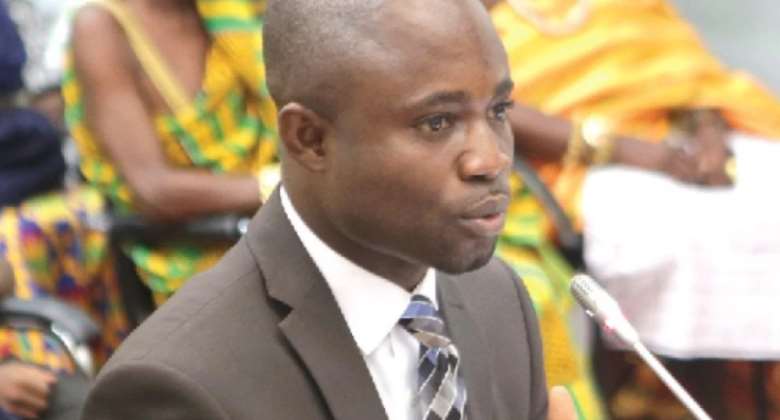 The Ranking Member on Parliament's Health Committee, Kwabena Mintah Akandoh has urged government to focus on completing abandoned hospital projects initiated by the erstwhile Mahama administration instead of starting new ones.

According to him, such an approach is feasible compared to the promise of completing over 90 hospital projects in a year with a non-existent source of fund.

The President in his eighth address to the nation on COVID-19 hinted of plans to build new 88 hospitals in districts without such facilities across the country as well as hospitals for the newly created regions.

Addressing the press in Parliament, the Juabeso MP called on government to focus on winning the fight against the pandemic instead of repeating unfulfilled political promises.

“Yesterday I heard the President say that he is going to construct 88 hospitals within one year. There are a lot of questions and I must assure the president that, gone were days that he could throw anything at us and it will not be subjected to proper scrutiny. I believe that now Ghanaians will not allow him to do such things because first and foremost that money isn’t in the 2020 budget and it has no provision in same.”

“I believe that we have a lot of infrastructure in place with some as near as 80 percent complete and those investments, the money is for the people of this country and if anything at all, he ensures those ones are completed and put to full use. We see his utterances as political campaign messages,” he added. About the new hospitals to be built

President Nana Akufo-Addo announced the construction of hospitals in some 88 districts across the country.

“There are 88) districts in our country without district hospitals; we have six (6) new regions without regional hospitals; we do not have five infectious disease control centres dotted across the country, and we do not have enough testing and isolation centres for diseases like COVD-19. We must do something urgently about this. That is why Government has decided to undertake a major investment in our healthcare infrastructure, the largest in our history. We will, this year, begin constructing 88 hospitals in the districts without hospitals,” he said.

The standard 100-bed facilities which will be in districts without hospitals will also have accommodation for staff. Hospital projects started by Mahama not abandoned – Oppong Nkrumah

Meanwhile, following complaints of abandoned health projects, Information Minister, Kojo Oppong Nkrumah has said such hospital projects started by the erstwhile Mahama administration have not been abandoned but are being worked on.

“The unfinished hospitals largely remain work in progress and we will give an update on where we picked them from and how far we have come with them. There are some that we have finished and opened up, some are near completion and some have gotten into financial and contracting difficulties because of some issues associated with them. We will also give dates on when those in progress will be finished. It is to make the point that, some may be uncompleted still but they are not abandoned, it is work in progress, it will be finished by a particular time.