NDDC: The Pharaoh Knows No Joseph In Forensic Audit 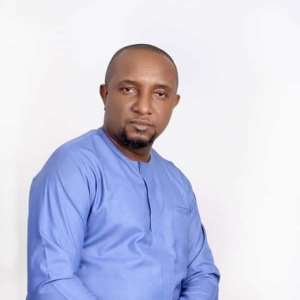 Following the series of agitations that gradually assumed a militarized dimension, the President Olusegun Obasanjo administration thought it imperative to transmutate what was then known as Oil Mineral Producing Area Development Commission (OMPADEC) to the Niger Delta Development Commission (NDDC) with an interventional aim at human and infrastructural development, which has in prodigious estimate been disrupted by vested interest and amoral politics.

The NDDC was conceived to create a developmental hybrid that synthesizes national and regional developmental aims within the Niger Delta region. However, soon after its creation, the gangrenous persuasions of the greedy instigated a systemic protocol of amoral politics against the founding interest and aims of the NDDC – this is the cancer of cupidity.

In a manner that totally disregards the developmental imperatives and urgencies of the region, the commission soon evolved into a political hamper through, and with which political stakeholders and leaders are compensated, and vested interests protected at public expense – institutional plunderage became the seasonal symphony for successive administrations.

This mindless rape gradually characterized the commission, as political appointees became billionaires overnight, aided by civil servants that understand the nook, curves and circumventive paths of the administrative processes – indeed, a river of inexorable drain of regional resources had formed.

However, soon after the second term inauguration of President Muhammadu Buhari, the stench of institutional larceny defied every strategy of concealment – at every turn, the effluvium of theft was apparent, and permitting the continuance thereof could never be an option to be contemplated in correspondence to the character and personage of the President, Muhammadu Buhari. Thus, an audit was unavoidable – FORENSIC at that.

This sent shivers down the spines of the beneficiaries of the failed system. In the words of the legendary Malam Nuhu Ribadu, “when you fight corruption, corruption fights back” – no wonder, even the formation of an Interim Management Committee, IMC was not without a sui generis challenge that eventuated into the appointment of a non-conformist Chairman of the Presidential Monitoring Committee, in the person of the Honourable Minister of Niger Delta Affairs, Obong Dr Godswill Obot Akpabio.

Eventually, the Niger Delta Development Commission, NDDC, officially kicked off the forensic audit of the activities of the Commission from 2001 to 2019, as directed by President Muhammadu Buhari through the Minister of the Niger Delta Affairs, Senator Godswill Akpabio. During the handover, it was noted that over 8000 projects were captured during the NDDC’s verification exercise at the commission’s headquarters in Port Harcourt. There, the Acting Managing Director, Professor Kemebradikumo Pondei said that it marked the formal take off of the forensic audit – thus a battle line is effectively drawn. This battle is not one without the ancillary campaign of calumny. It is expected, but from all indications, the campaign of calumny has against the determination of the IMC, been ineffective.

Albeit, to the proponents of a prosperous society where the commonwealth of the land is managed and administered in a manner that protects and promotes the interest of the generality of society, this is highly welcome. And so, with the institution of the Interim Management Committee, IMC came a palpable public anticipation of revelations, and so far, the commission is living up to it, despite the confrontations of corrupt politicians, and the dissuasions of disgruntled elements.

Professor Pondei assert, in his words, “It will enable us bring to account those who misappropriated the commonwealth. It will equip us with the relevant insight to institute procedures and processes to guarantee that the Commission realizes the vision of its founders. That vision can be interpreted as the rapid development of the Niger Delta to create an economy that will serve the needs of its people long after the oil resources are gone”.

He also said, “The forensic audit, therefore, should be seen as an opportunity, and not a witch-hunt - it is an important process that will apart from righting the wrongs that kept the region in penury and under development, provide a strong base upon which a new Niger Delta Development Commission will be built”.

This is an effort to restore sanity in public administration, and prudence in the management of public resources. It is aimed at reengineering the psyche of public officials vested with public trust, that our commonality is the good of the land, and the greatness thereof – this is with immediate reference to the NDDC.

Before the IMC was instituted, the NDDC had earned an ignominious reputation as an institution of economic predation – a hill of termites that eat away the contemporary possibilities of our people. Therefore, to many, the formation of the Interim Management Committee, IMC is an illustration of the President’s attentiveness to public concerns, insisting that government cannot continue in a manner that is descriptive of a gang of predative goons.

It is further noteworthy that this encouraging process would never have been initiated without the doggedness, resilience and determination of a man with an intrinsic drive to development, Sen. Godswill Akpabio. It is indeed a threatening expectation that with the monitoring task and responsibility on the shoulders of Sen. Akpabio, every resources of the Niger Delta allocated to the NDDC from inception will be accounted for. It cannot be business as usual – this Pharaoh knows no Joseph!

Dr Godswill Akpabio personifies a threat to dishonour, and so it is only normal for those that thrive in dishonour to feign the fear of imminent witch-hunt.

This threat to theft creates an expectation of a war that this administration is willing to wage, and the success thereof is the determination to stand up to depravity, unbridled avarice and the parasitic exercise of public powers, and notably, victory is certain.