Portuguese Community In Ghana Donates Goods To The Ghana Police 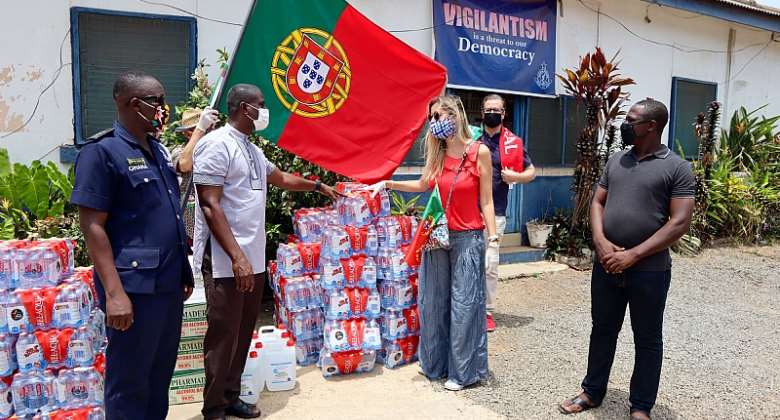 On 25th April, while Portugal was celebrating 1974’s peaceful revolution, the Portuguese community in Ghana, both companies and individuals, spent the full day donating alcohol-based hand sanitizers and bottled water, to the Ghana Police Service.

This community in Ghana, having close to 200 registered nationals, was able to gather a significant amount in donations, and then used the whole amount to acquire bottled water and sanitizers, which they distributed by 7 police stations and the Ghana Army HQ in Burma Camp.

“We are very grateful for this contribution that comes at a pandemic moment where we are all together in this fight against the Coronavirus.”, said one of the Station Officers.

We were able to witness the resemblance between the national flags of both countries (both have the same shades of red, green and yellow) as well as the good humour of this delegation.