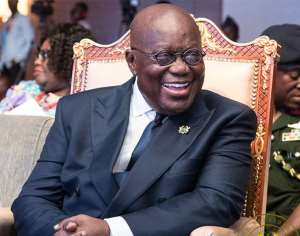 The opposition National Democratic Congress (NDC) is said to be panicking over the Economist Intelligence Unit (EIU) prediction that President Nana Addo Dankwa Akufo-Addo and his New Patriotic Party (NPP) administration will be victorious in the 2020 general election.

The EIU, which is the research and analysis division of Economist Group providing forecasting and advisory services, reiterated that President Akufo-Addo and his NPP government would secure a second term because it is seen as the better custodian of Ghana's economy than the NDC.

According to the EIU, it will be difficult for the NDC under ex-President John Dramani Mahama, who is staging a comeback, to turn round the table of victory, since he has demonstrated that he cannot guard and protect Ghana's economy if power is entrusted into his hands again.

“The campaign for the 2016 election was dominated by public concerns over a faltering economy, which many Ghanaians still associate with Mr. Mahama,” EIU stated in its latest report.

“Ahead of this (year's) election, the NPP has focused on infrastructural development, such as improving internet and electricity access, as well as roads in rural areas, and it has outlined ambitious growth plans for cash crop yields, which would bolster rural incomes,” it noted.

“We, therefore, expect Mr. Akufo-Addo and the NPP to secure re-election,” the EIU's April 2020 report stressed, and added that “it will be difficult for Mr. Mahama to portray himself as the better custodian of Ghana's economy.”

The report said what had also set the NPP and NDC apart is the Akufo-Addo government's ambitious industrialization programme, the One District One Factory (1D1F), which it noted is enjoying some success, with investment expected to recover once the threat of the coronavirus subsides.

It stated further that the NPP government's industrialization drive and the move to strengthen the banking sector would boost the non-oil economic growth over the medium term.

The report said this would happen despite that cost of capital is expected to remain a constraint on some businesses, particularly small and medium-sized enterprises.

However, anxious members of the NDC have descended on the research group, calling its work an “opinion” which is not “grounded” in the data-fine.

Interestingly, in 2012, when President J.E.A. Mills suddenly passed on and the mantle fell on his deputy, John Mahama, the same EIU predicted victory for the NDC and its candidate against the NPP's Nana Akufo-Addo, but the NDC elements hailed the research grouping.

The NDC Communications Officer, Sammy Gyamfi, last Friday rubbished the EIU prediction, saying the reputable research institution got some of its predictions in the past.

The NDC communications officer also suggested that the EIU had virtually carried out a covert stunt for the NPP, arguing that it is laughable for the EIU to use infrastructure investment as one of the factors that will make Ghanaians re-elect President Akufo-Addo.

According to him, the current administration is the only government in Ghana's history that cannot boast of investment in infrastructural development.

“For example, they make a laughable claim that the Akufo-Addo government has made investment in infrastructure and that is going to earn it the votes, come 2020. Nothing can be further from the truth than these claims,” Sammy Gyamfi said.