A Threat To Democracy 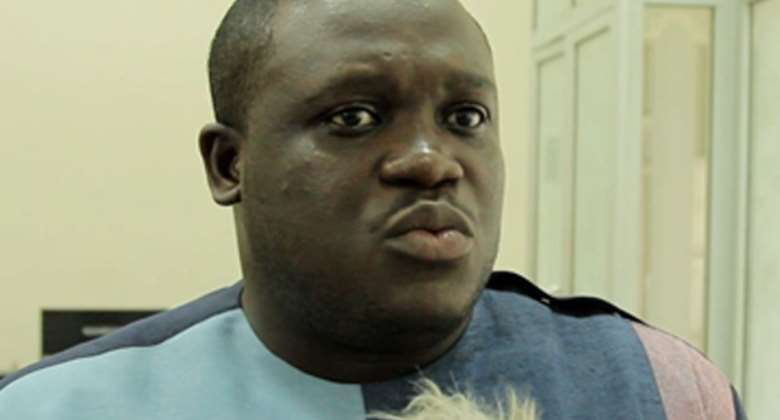 Disregard for civility and indeed violence continues to be a part of the DNA of the National Democratic Congress (NDC).

The elapsing of years has had no positive impact on their conduct as they remain in their 'revolutionary years' blood-letting crudeness.

There are ominous signs that even after the leakage of their dirty project for the 2020 polls, they appear steadfast on that tangent.

Elsewhere in this edition, there is a story about how the NDC Member of Parliament (MP) for Ningo/Prampram Constituency, Sam George, led a gang of party supporters/hoodlums to go on a mission to disrupt a meeting of the Electoral Commission (EC) in Accra.

It is important to note that the meeting/workshop being organized by the commission for its top officials was taking place outside the location referred to in the ex parte injunction sought and granted for Sam George and his party.

What appeared to be a lone man's legal adventure was not. It was part of a grand project in the works of the NDC prior to the 2020 elections.

If Ghana must make headway in its practice of democracy, such crude and uncivil conduct as exhibited by the NDC, with Sam George leading the charge, should not be tolerated at all.

Ghana as a country ruled by law has grown past the lawless chapter in its chequered history. We thought that the MP and for that matter the NDC headed for court to stop the EC from undertaking their official business at the Escape Hotel because they believed in the rule of law.

The EC, of course, operating within the confines of the laws of the country, abandoned the venue as ordered in the injunction and turned to a location elsewhere. True to their billings, the NDC organized a gang on a mission to go and disrupt the meeting and likely assault the participants.

We find the action of the MP and his party appalling and despicable in a country with a respectable democratic pedigree.

We should not allow a replay of the Ayawaso West Wuogon Constituency grade by-election violence in any part of this country.

We are beginning to garner more knowledge about how the violence in that constituency was organized and executed and how those behind it could incorporate it in their future game-plan.

We acknowledge the professional action of the police officers who were deployed to the venue of the EC meeting even as we wonder what could have happened had they resorted to brusqueness.

The NDC would have loved a physical encounter, a welcome fodder for their game-plan of setting the country alight.

The EC is guided by the Electoral Laws of the country and as an independent institution we dare state should be shielded from the violent manoeuvres of the NDC.

We call on the IGP and related agencies to institute measures to the existing ones to protect the commission from actions which could impair its performance.

Ghana is an overwhelming picture towering over the parochial interests of any individual and political parties in the country.

As for the action of Sam George, we find it incommensurate with the cannons of decency and civility, more so since he represents a constituency in Parliament. In some jurisdictions, MPs are highly respected, their conduct both within and without the Chamber impeccable.

Hottest Photo Reports
Catch up with all the political quotes from our politicians.
Advertise here
More Editorial
ModernGhana Links
What is the E-Levy?
The pain of a teenage 'Kayayo' at night
The Noise Pandemic Will End If We Enforce Laws
The COVID impunity persists
The Mounted Novelty Is Here
Editorial: Considering the SME lending gap in West Africa
For The Sake Of Road Safety
Our rivers are back
And There Was No Scandal
TOP STORIES