The Usefulness of these Two Akan Sayings in Anyone’s Life 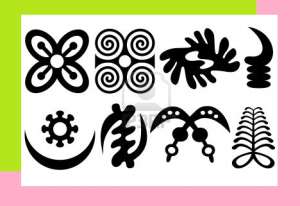 In the rich Akan culture and tradition, with its acceptable evolution but not the damaging adulterations, there are many proverbs whose adherence to, do shape people for the better. Today, I shall dwell on the discussion of two sayings which are potential guides to shape the lives of their adherers for the better. These two sayings are there to encourage one to pursue their useful dreams without relenting and to discourage them from pursuing acts or to shun behaviours and attempts that are dangerous or unuseful.

There is an Akan saying, “Obosom ani w3h3 yi, ye bo no mprensa”. This is translated into English as “We hit the eye of a fetish three times” which really talks about “The third time lucky”. Thus, if you fail in your first attempt to achieve something you consider to be useful in your life, or useful for the society, you should not discard it but to try a second time. If your second attempt fails, try a third time. In most cases, people do succeed in their third attempts hence the saying, “The third time lucky”. It is all about persevering in whatever you are doing which you consider to be life-changing for the better for you and probably, for the larger family or society in which you are a member.

The second saying is, “Aye ko, aye no, enye sa”. This saying, which in English is, “It has happened for the first and second times, it won’t be allowed to happen for the third time”. This saying is either to dissuade one from pursuing an act which is injurious to them or to not allow someone to continue to take them for granted by continually inflicting damage on them.

For example, if someone comes to lie to you to collect money from you for the first time without returning it as promised, and the person does same a second time, then you may decide not to allow the same person to come and fool you with his or her lies a third time. You must refuse the person any further money as the person is clearly cheating you by not honouring his or her promise to return the money so borrowed from you.

Similarly, if you are doing something to someone and the person expresses displeasure, you had better not continue as the end result will not be palatable for you.

Most of us have experienced the above sayings happening in our lives. They are good to encourage one to continue to pursue their good dreams until fulfilment regardless of the many hurdles they stand to encounter in the way while at the same time discouraging one from pursuance of their horribly criminal enterprises.

I quite remember how I joined the voices of many a discerning Ghanaian to encourage Nana Akufo-Addo to make a third attempt at ascending to the Ghana presidency at a time that he was probably vacillating between giving up and going for it. I published encouraging and persuasive articles citing the “third time lucky” to motivate him to go for the third attempt and bingo, coupled with his trust in God and committing his attempts into God’s hands, he landed the presidency at his third attempt to the greatest dismay of his political rival, Mr John Dramani Mahama.

While Nana was entrusting his fight into the hands of God saying, “The battle is the Lord’s”, his rival clearly aware of his well-greased set up rigging machine and effective propaganda was doing “Usain Bolt” on political platforms during his campaign. Why was he so confident to have won the election with some NDC faithful expressing the view that the election has been won by the NDC already but going to the election was just a formality to show to the whole world that an election had been organised in Ghana or else, there was absolutely no need for it.

Simply put, I shall say to my public readers and fans that the two sayings are real and useful to be applied in one’s life depending on the situation in which one finds themselves. If you do mention people’s names for a good reason in your publications but they misunderstand you by expressing misgivings, don’t mention anyone’s name again. Simple as! Just be guided by the above sayings to stay out of the harm’s way.

Again, if you believe yourself to be fighting a good cause, keep doing it no matter how many times you fail to achieve your objective. Is it not said, “Perseverance conquers difficulties?” Therefore, I shall continue to tackle those supposedly powerful traditional overlords trying their hardest to oppress and cheat the people of Kumawuman. This also goes for the endemically corrupt judges that have helped with the flourishing of crimes in Ghana to deny the country of its prosperous status and good standing in the world only to be overwhelmed by Chinese flocking into the country with an agenda to take over our dear motherland Ghana.