Of Coronavirus And The 5G Conundrum 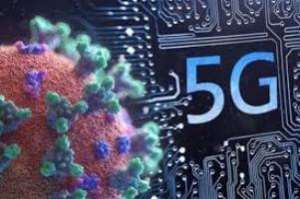 I woke up to one fine lockdown morning, to find my WhatsApp groups buzzing with activity. Some videos aimed at informing the public about the 5G network and its link with the coronavirus had been circulating within my groups. These videos triggered a wave of apprehension with members of these groups, sparking fierce debates amongst intellectuals. One side agreed with what was being conveyed by the conspiracy theories propagated in the videos while the other group found the theories absurd.

I did a little research on the COVID-19-5G conspiracy theories and was amused to find a number of them on the internet. I found out that the theories started after a Belgian doctor raised speculation on a national newspaper about how 5G masts in Wuhan, China, could be linked to the coronavirus. This narrative was picked up by a number of notable public figures who have done a good job in circulating the theories all over the world. In this article, I write concerning just two of the videos, and my take on them. What did the conspiracy theorists say?

One of the videos I watched was an excerpt from the popular Pastor Chris's preaching service. He began his presentation by acknowledging the capabilities of the 5G network if it is rolled out but quickly admonished his viewers that it was an agenda from satan to create a new man that would be part machine and part human.

He went on to explain that, the COVID-19 was a hyped-up disease, meant to spread fear amongst humans so we would embrace a vaccine which would come with a digital ID.

He said that while we stayed indoors, cables for the 5G network (Which he described as a military-grade internet connection) would be laid and the network would interact with people who get the COVID-19 vaccination. He opined that this would be how the mark of the beast will be received by many. (You can just imagine the debate that went down in my church groups!)

A second video, recorded by a gentleman who claimed to be an IT guy in charge of recording high profile meetings at the UN told his audience that the radio waves emitted because of the 5G network were the real reason why people were dying in the developed countries, not the coronavirus. He asserted that the coronavirus was just a cover-up for deaths. He advised his audience to fortify their homes with metal lining and cover their windows with aluminium foil to prevent the radiation from entering their homes. This is what I think about these two videos. Video 1

I love Pastor Chris, and I have I believe that his calling is genuine, but I strongly disagree with his views on the COVID-19-5G internet relation. It is true that there are conversations about digital IDs in association with the COVID-19 vaccinations. You ask yourself why digital IDs are being suggested for the deployment of vaccines. I will quote the answer from an article I read in the Harvard Business Review. “Identifying residents of developing countries: Around 1 billion people in the world — predominantly residents of developing countries — lack formal identities; many are mobile. This presents a massive challenge for governments trying to reach a critical mass

of dispersed people: Without reliable IDs, it's difficult to know who has received vaccines. Furthermore, the initial COVID-19 vaccine supply will be limited, so it will be essential to verify each dose reaches a real patient. Corruption, leakage, and even accidental duplication waste precious supply and are deadly.

To address this problem, biometric digital IDs can be a game-changer. For example, Simprints has deployed biometric IDs on health and humanitarian projects across 12 countries, which have increased health care visits and quality while preventing fraud. It is now partnering with Japanese telecom giant NEC to develop an affordable, interoperable, biometric solution for vaccines that can identify patients even in rural and offline settings. Using robust digital tools can help governments overcome identification barriers to ensure that everyone receives a COVID-19 vaccine.”

This is to say that, the digital IDs being spoken about are not some type of chip that will be implanted in humans to make us communicate with machines. It is just an electronic ID card. This destroys Pastor Chris' “ half human half machines” theory and nullifies his assertion of a human – 5G internet interaction (Disclaimer: this conclusion is entirely my opinion.) Video 2

This is not the first time fear-mongering health claims such as this have emerged. We had the same conspiracy theories swimming around when 4G internet was rolled out. The fear had always been the effect of radiations on humans. This is why their fears are unfounded; radio waves used in the transmission of cellular internet networks are non-ionizing radiations which are generally not harmful to the human body. The radiofrequency energy required to propagate 5G internet speed is 28Ghz, which is well within the non-harmful non-ionizing radiation spectrum.

One would argue that if the World Health Organization has classified 5G (and Wi-Fi radiation in general) as possibly carcinogenic, then we should avoid it until it’s demonstrated that it’s safe. Fortunately, the “ possibly carcinogenic” classification is one of the lowest danger levels that can be ascribed to a risk factor. Do you know what other everyday things have been described as a 'possibly carcinogenic'? Coffee, body implants such as pacemakers, aloe vera and even talc powder. If you are not afraid of these, then you have nothing to fear about 5G internet.

Another point that I would like to bring to attention is that COVID-19 red zones like Italy had started using 5G internet for commercial purposes as far back as June 2019 before the infestation of COVID19 early this year. There are no internationally known records of 5G related deaths (I probably would have to visit the database of individual hospitals to get some records. Conclusion

I personally think the assertions being made in these videos should be disregarded! There is no correlation between 5G radiofrequency radiation and COVID-19. I hope the arguments I have raised to support my stance allay the fears of those who believe in these conspiracy theories. A little about 5G Wireless internet

There are two main wireless internet connections today; Wireless Fidelity (Wi-Fi) and cellular connections. While Wi-Fi employs radio waves to connect devices within a limited area, the cellular network employs radio waves to connect to cellular devices in large areas, spanning over large cities and countries. For a cellular network to reach a wide area, cell cites ( radio masts housing antennae, trans receivers, and other electronic components) are mounted in the areas and emit radio waves in those areas.

Cellular networks have evolved, from 1G all the way to 5G ( where G stands for Generation). Each generation comes with increased radiofrequency, bigger bandwidths and more data capabilities. Radio Frequency (RF) is the energy that transfers data from the internet to phones and vice versa. Radiofrequency is a kind of electromagnetic signal designed to carry information over a large area. RF can transmit through buildings and other objects.

The radio frequency spectrum includes frequencies between 3kHz and 300GHz. 1G to 4G cellular networks have been propagated by frequencies within this range (between 600Mhz-2.5Ghz). The new 5G technology is reported to be able to propagate information at a radio frequency of 28 GHz. This makes 5G twenty times faster than the reigning 4G network and if successfully rolled out, will allow us to download and stream our favourite things at an anticipated speed of 20 Gbps!

More Article
ModernGhana Links
Thoughts Of A Nima Boy: A Break From The Past, Jariya Yussif Writes
Rejected And Approaved: Is Our Democracy In Crisis? Some Political Marketing Perspectives
Disinformation: An Emerging Threat to Ending AIDS in Ghana
Abolish 1999 Constitution, Implement #endsars Reports For Peace To Reign
Road of Death: Would the Ghanaian Parliament pass on an opportunity to fix the Accra–Kumasi Highway?
The Argument About Which Teacher Union Was Formed First
Turkey And Bangladesh Can Benefit from Growing Trade and Strategic Ties
National Science And Maths Quiz (NSMQ): The Bigger Picture
Why Ghana needs robotics industry for national development
TOP STORIES